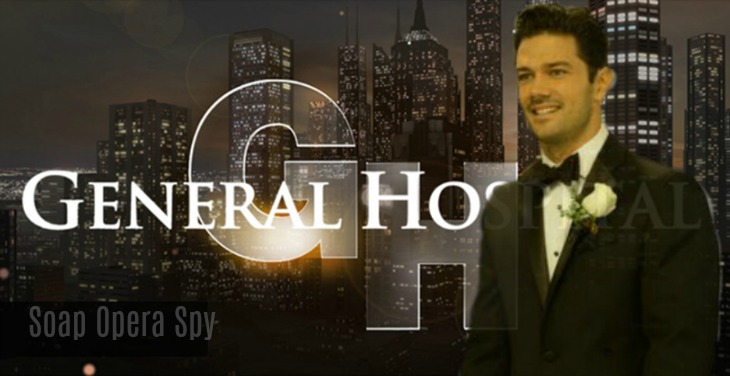 General Hospital (GH) spoilers reveal that losing PCPD Detective Nathan West (Ryan Paevey) the way we did was a blow to everyone; although the news of his departure was circling for a while, his death struck many GH fans hard. Nathan may have been on the ABC soap opera for just under five years but he won over our hearts, and we’d like to share 8 things fans will probably miss the most about him.

1) First and foremost, would have to be Nathan’s hit and miss romance with Maxie Jones (Kirsten Storms). They initially met when Maxie was leaving on her “eat-pray-love” journey, after she lost custody of Georgie to her ex, Damien Spinelli (Bradford Anderson); but when Maxie returned to Port Charles, Nathan was able to show her that she was worth loving, faults and all.

2) Nathan’s protective nature of his sister/cousin, Nina Reeves (Michelle Stafford). She had finally woken from a 20-year coma and he wanted nothing but the best for her. It was clear Nathan was a very devoted family man, and GH fans loved that about him.

3) Of course a few days before the Nurses Ball, Nathan found out that Liesl Obrecht (Kathleen Gati) was his mother and Dr. Britt Westbourne (Kelly Thiebaud) was his sister, and just recently, Nathan found out him and Britt are full-blooded siblings as Cesar Faison (Anders Hove) is also his father. This is a tough situation, which makes us miss Nathan because we never got to see him fully deal with this revelation; especially since Maxie is now pregnant with his baby.

4) General Hospital sources tease that we will of course miss out on Nathan partaking in the Nurse’s Ball, in the strip tease with Milo and the Magic Wands.

5) Nathan had a close friendship with his PCPD partner, Detective Dante Falconeri (Dominic Zamprogna). It will be difficult to see Dante without his partner in crime; these two have been through a lot in the short time they have been cops together.

6) Who was not did not jump up and down for joy with Nathan when Maxie revealed to him that she was pregnant? His eyes glistened with excitement as she shared the news and he couldn’t contain himself, he was like a child on Christmas morning!

7) Maxie and Nathan’s wedding on January 17, 2017 was beautiful, of course it was fantastic that Spinelli officiated. The wedding went pretty much without a hitch, it was a winter wonderland and exactly the wedding Maxie wanted.

8) The last thing that we will miss about Nathan is his beautiful heart. He loved his family, he overlooked their evil acts, for the most part, he was quick to forgive and was looking towards the future. He truly believed he would be able to protect his growing family from the mad man that was his father and be able to live a happy a peaceful life.

WATCH: Nathan and Maxie share a moment of quiet amid the madness. #GH pic.twitter.com/hNx5MxOLry

On the day he died, he was the epitome of himself. He woke for a brief moment, he was able to tell Maxie he loved her and felt the baby move for the first time. Port Charles has lost a great man on January 31, 2018, he will be remembered for a long time to come.

The Bold and the Beautiful Spoilers: Maya Feels Tempted By Carter – The End Of Her Marriage?