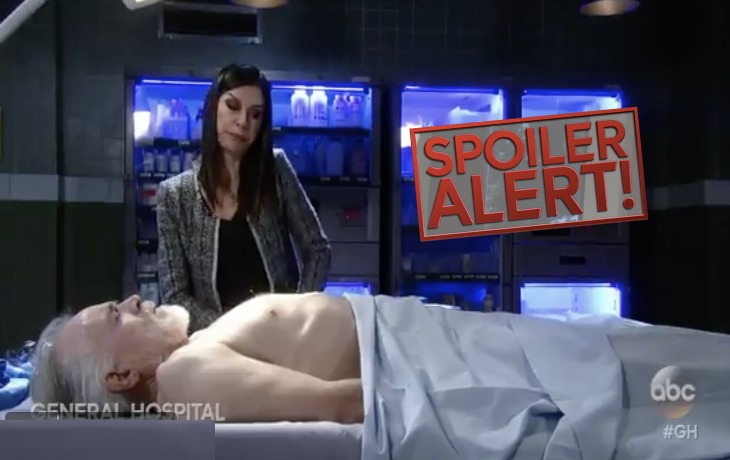 General Hospital spoilers indicate that Anna (Finola Hughes) might have to come clean about the deep, dark secret that she’s been hiding for years.

Fans will recall that Faison (Anders Hove) was obsessed with Anna for years while he was causing havoc in Port Charles. And this week, Anna told Faison the truth about their child only moments before he died. Most fans were left shocked and horrified that Anna could have a child with Faison.

As a matter of fact, Co-Head writer Chris Van Etten says that it was a huge moment for Anna and one that will lead to an even more complicated situation for her now.

He told ABC Soaps in Depth in a new interview, “Anna puts into words the horrible truth that she and Faison have a child. Whether that child is Henrik or somebody else, that is left unclear, but the foundational fact that there is a child, that is revealed for the very first time.”

WATCH: Anna’s been holding onto her feelings for a very long time. #GH pic.twitter.com/y3rCfjWsd7

It’s without a doubt that Anna and Faison’s child will leave everyone in Port Charles shocked. But that’s only if Anna decides to reach out to her long, lost child and tell him or her that she is their mother. For fans, it’s like evil and good coming together through the personification of another person. At least, that’s what the head writers believe.

Writer Shelly Altman continued in the same interview, “Anna has had a complicated and stormy history with Faison. Anna has this connection to him, whether she likes it or not. So we just felt that even after Faison’s demise, we’re going to feel the ramifications and repercussions for a very long time to come. And what better way that in the form of a person?”

General Hospital airs weekdays on the ABC network. Tell us, who so you think if Anna and Faison’s child? How will everyone react when they find out the news? Let us know your thoughts in our comments section. Also, don’t forget to check back with Soap Opera Spy for all the latest news, updates and spoilers on General Hospital and all of your favorite daytime television shows right here!