The Young and The Restless Spoilers: Rey Is Close To Uncovering The Truth 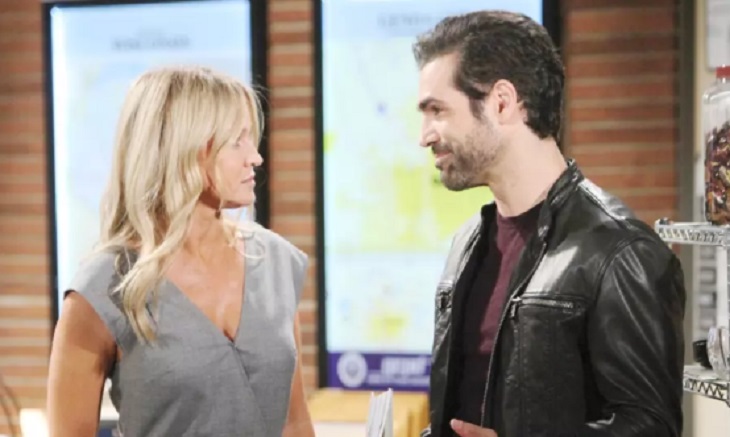 The Young and the Restless spoilers indicate that the week of November 12th is going to be a hot one for some of our favorite characters in Genoa City. In fact, it’s going to be full of drama, plot twists and turns as everyone will be on their toes and watching their backs. That’s because Rey is very close to finding out the truth about the JT murder investigation.

Y&R Spoilers: Rey Is Closing In

It all begins with Rey zeroing in on his suspects. Victoria, Phyllis, Sharon and Nikki are all worried that he might end up finding out the truth about what happened to JT and once he does, the four women know that their lives will never be the same.

And while the women are definitely worried about what’s to come, it’s Nick who ends up being questioned. After all, he’s the prime suspect. Rey knows that he stole JT’s credit card, had a JT mask made and had even pretended to be his number one enemy.

A surprise visitor will stake her claim and shake things up in Genoa City. Don’t miss #YR this week! pic.twitter.com/cQdxkYYi82

The Young And The Restless Spoilers: Sharon Feels Guilty

For Sharon, this is hard to watch. After all, she still loves him despite everything that they have gone though, and wants to do what’s best for her ex. But at the same time, she knows that she needs to cover her own behind for what happened. Even Sharon has her limits.

Of course, fans will find out the result of Rey’s findings by tuning in! Everyone knows that the truth about JT’s disappearance will definitely come out sooner rather than later.

Coronation Street Spoilers: How Fiz Brown Is Leaving The Show