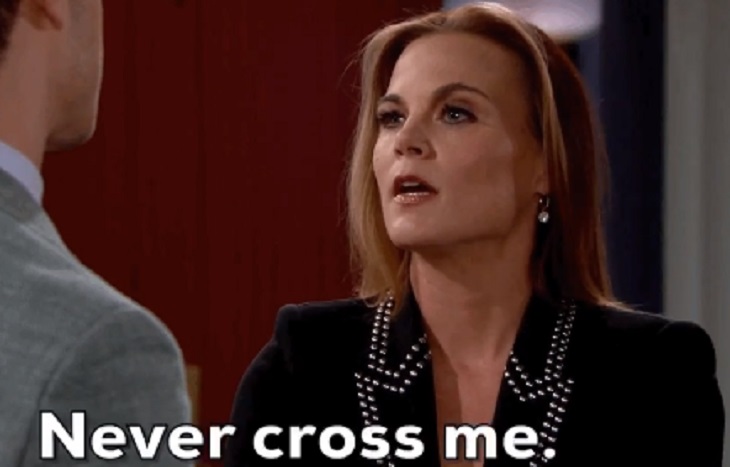 The Young and the Restless spoilers indicate that Phyllis’ (Gina Tognoni) reign as Jabot CEO will be short-lived.

While Phyllis’ new role as CEO is being celebrated by her friends, there are others who aren’t. Kyle (Micahel Mealor) and Billy (Jason Thompson) aren’t happy about working for her and have already had disagreements with their new boss.

Despite the objections from the rest of the Jabot employees, Phyllis is doing things her own way. Yet, while she’s striving to make Jabot successful once again, a potential scandal could cause her whole world to come crashing down. 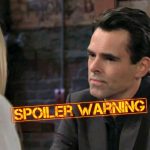 Phyllis is currently involved in another storyline, JT’s (Thad Luckinbill) murder cover up. As viewers already know, it was Phyllis idea to bury JT’s body and pretend he left town. Victoria (Amelia Heinle), Nikki (Melody Thomas Scott), and Sharon (Sharon Case) went along with Phyllis’ plan believing it was in their best interest.

But now with a blackmailer threatening them and JT’s body presumably missing; it’s getting close to the truth being revealed. Once it’s revealed, Phyllis is going to be in a lot of trouble.

Not only will she face the possibility of jail like the rest of the women, but she could also lose her job in the process.

If Phyllis gets arrested for JT’s murder, Kyle, Billy, and even Jack (Peter Bergman) will be ready to swoop in to take her place. However, with all soap operas there is unpredictability, there’s a chance that Phyllis could keep her job.

Yet, with the CEO being at the center of a murder investigation, it’s going to cause a lot of negative publicity for the company. With Jabot’s future at stake, Phyllis will probably get voted out as CEO to protect the image of the business.

Will the JT scandal cause Phyllis to be ousted as Jabot CEO? Or will she weather the storm and keep her job, much to the dismay of Kyle and Billy.