The Young and the Restless Spoilers: Devon & Hilary’s Future In Jeopardy – Devon Worried She Has More Secrets 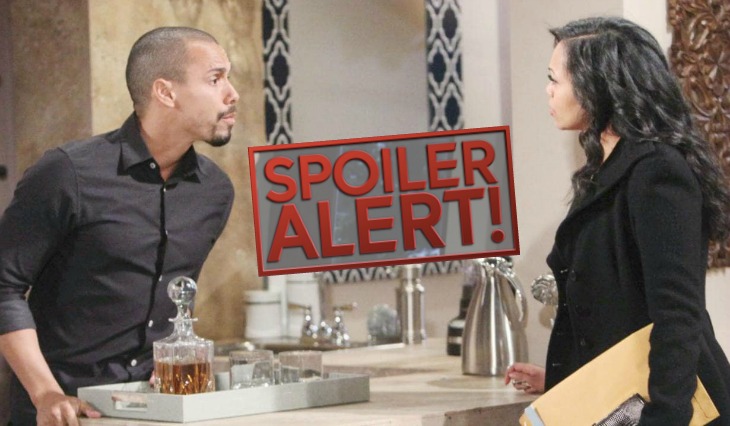 The Young and the Restless spoilers indicate that Devon (Bryton James) and Hilary’s (Mishael Morgan) future together might be in jeopardy. For those hoping that the two former lovers would reunite, it looks like it won’t happen right away. That’s because Devon has just discovered something rather shady about Hilary’s past.

Devon recently discovered that Hilary was hiding the truth about the Juliet and Cane drama. He found a clip on her computer of Juliet’s confession that Cane had never sexually harassed her. Devon is now livid knowing that Hilary would keep such information to herself, knowing that it caused so much damage to so many different people.

As a matter of fact, Bryton James, who plays Devon on the hit soap, recently told CBS Soaps in Depth, “If Hilary had come out with the truth, there would never have been a sexual harassment case, and Lily would have known the truth about Juliet and Cane’s one night stand beforehand.”

And now Devon is worried that he might not be able to ever trust Hilary again. If she was willing to keep a secret like that, who knows what other secrets she might be hiding, too! He also thinks that Hilary is slowly but surely showing her true colors. And because of it, Devon is having second thoughts about getting back with her again.

He added, “The situation escalated because Hilary kept it from everyone. Mattie and Charlie thought their father was a sexual predator. It caused a lot of damage.”

Of course, fans will just have to tune in to find out what will happen next!