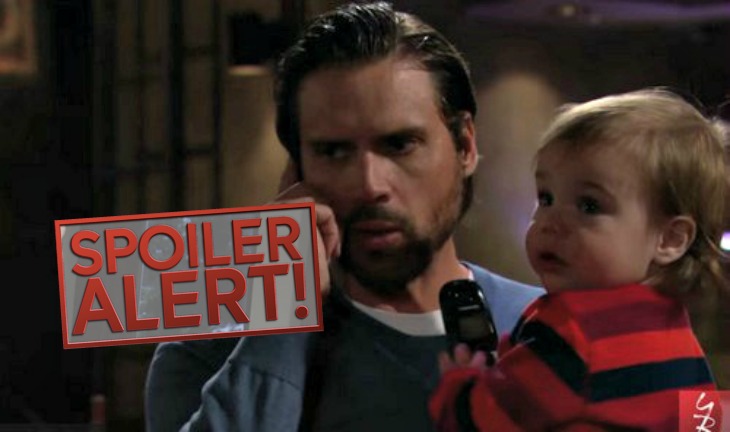 Phyllis (as then played by Michelle Stafford) was a laboratory technician years ago on ‘The Young and the Restless’. Today’s edition of Phyllis, as played by Gina Tognoni, reminded Sharon (Sharon Case) of that point while reviewing Adam’s (Justin Hartley) DNA sample. So based on that and Chelsea (Melissa Claire Egan) hearing Adam say that Christian was his child viewers are led to be that’s true.

Phyllis is not currently a laboratory technician. She also doesn’t have a special certification or medical degree that would make her a definitive expert on all things paternity.

Separately, when reflecting upon Adam’s claim. Where was his proof that Christian was his biological child, other than him having assumed it to be true? Oh yes, he told Chelsea what he believed. But did he ever produce a document that confirmed said statement?

But wait, Sage (Kelly Sullivan) claimed in a letter she wrote before dying that Christian was Adam’s child. How did she know that? Again, where is the evidence?

Michael (Christian Le Blanc) was tasked with giving the said letter to Adam, who shared its contents with Chelsea. Together, ‘Chadam’ opted to keep Sage’s supposed secret in order to not cause Nick additional pain. Adam and Chelsea were being forthright, which is what Chelsea also believed she was doing ever since.

Victor (Eric Braeden) initially was trying to protect Nick as well. The ‘Moustache’ also claims to ‘know’ that Christian is Adam’s child. Viewers don’t recall him ever producing evidence in this regard either.

Soap fans are seasoned. So they know that if another paternity test is conducted, it’s validity will be questioned. However, should Nick not pursue answers because some past ones have proven to be false or outright lies, especially where paternity issues are concerned?

Phyllis, like Adam, Chelsea, Sharon and Victor all believe that Christian is not Nick’s son. Nick may even believe that’s the truth now. But he should have another paternity test done.

Fans of ‘The Young and the Restless’ rightfully express their opinions on a regular basis. So, will another paternity test prove that Nick is Christian’s father? Please vote in our poll below!

The Bold and The Beautiful Alum Winsor Harmon Arrested