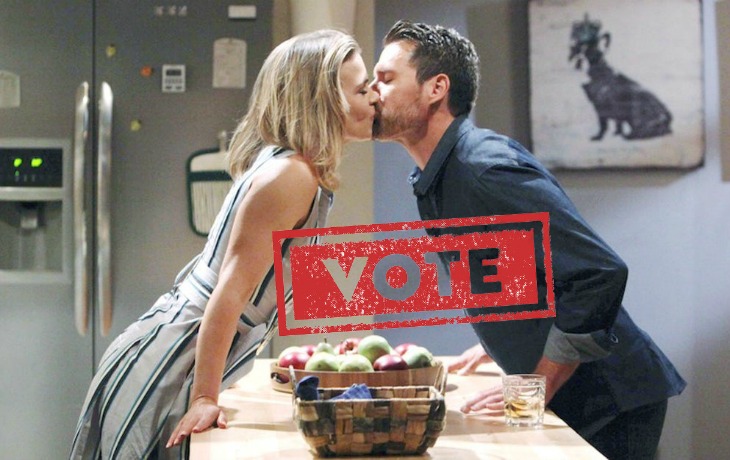 Nick (Joshua Morrow) and Phyllis (Gina Tognoni) are forwarding their past, unexpected get together on ‘The Young and the Restless’ with another. The latest romantic situation, which takes place at Dark Horse, indicates that revived interest exists within both characters and that ‘Phick’ isn’t done.

Y&R wrote Nick in a different direction earlier this year. Morrow wanted to explore other elements of his character leading into the twenty-fifth anniversary (having originally been hired in 1994) of joining the cast. So ‘New Nick’ emerged.

Meanwhile, a new Phyllis has also been forming. The version Tognoni plays remains much softer than the original edition Michelle Stafford developed and made famous, Phyllis’ sudden elevation to the head of Jabot marks new territory in this character’s life story.

A number of intriguing, and it must be said, unexpected set of possibilities will exist if Y&R’s writing staff was advised to reconnect Phyllis and Nick. To start with, would this formerly married couple only be together because they are both lonely, or will their renewed link lead to love and remarriage?

The idea that ‘Phick’ would actually reappear after this many years and then serve to stop ‘Shick’s’ latest attempt to reform the family that ‘Phick’ Part I helped to destroy is a bold decision, especially if it sticks. Instead of healing the wounds that exist with ‘Shick’s’ fans souls (yes, that’s dramatic, but this is soap), Y&R seems to be veering toward the same controversial storyline that was played more than a decade ago.

Will ‘Phick’ redux be different? Is the person Nick is choosing to become more suited to Phyllis, as Sharon recently suggested? Then again, might the ‘Phick’ dalliance merely be serving to grease a plot path back to the long-awaited ‘Shick’ renewal?

Fans of ‘The Young and the Restless’ rightfully express their opinions on a regular basis. So, will Nick and Phyllis actually bring ‘Phick’ back? Please vote in our poll below!