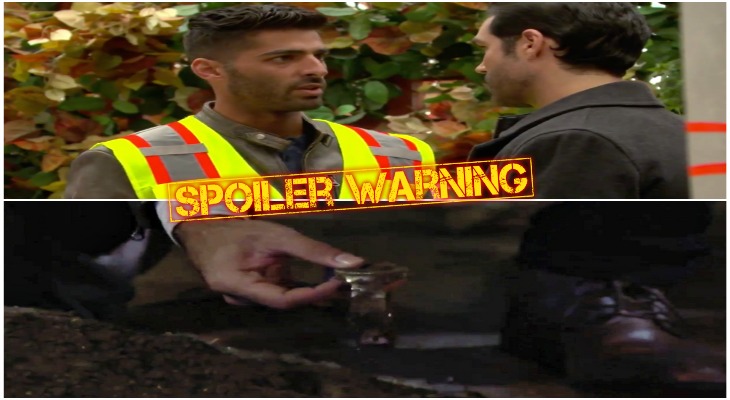 “The Young and the Restless” spoilers for Monday, November 5, tease that Kyle (Michael Mealor) will grow impatient. At Jabot, Phyllis (Gina Tognoni) is late for a work meeting. Kyle’s upset since he has plans with Lola (Sasha Calle) and can’t bail on her again. Phyllis eventually joins Billy (Jason Thompson) and Kyle. She insists they’re going to be there all night, but Kyle walks out instead.

At the police station, Rey (Jordi Vilasuso) invites Sharon (Sharon Case) over for dinner again. He points out that Lola needs taste-testers and would welcome Sharon’s company. Sharon accepts, but backtracks later. Mariah (Camryn Grimes) finds out and has concerns about Sharon sending the wrong message. As a result, Sharon tells Rey she won’t be there after all.

Lola chats with Mariah and Tessa (Cait Fairbanks) before the awkward dinner party. She tries to get Rey to leave, but he ends up sticking around and giving Kyle the third degree. Kyle handles it well and later, he eats a hot pepper at Rey’s urging. The wimpy Abbott gets choked and sputters a bit, but it seems progress is made. Afterward, Lola teases Kyle about the pepper and gets a kiss before he leaves.

Back with Tessa and Mariah, their romance continues to deepen. Meanwhile, Sharon and Billy (Jason Thompson) commiserate over their relationship issues. They trash talk Phyllis a bit and discuss being in better places with their lives. Billy brings up the charity project and wonders why Sharon’s willing to work with Phyllis. Sharon explains that it’s a commitment she has to honor.

Rey finds Sharon later and mentions that the J.T. (Thad Luckinbill) investigation may be shut down. If no proof surfaces, he’ll have to wrap it up. In the park, Arturo (Jason Canela) gets a check from Nikki (Melody Thomas Scott). Once he’s alone, Arturo spots a watch in the dirt and picks it up. The engraving says “Love, Mac.”

Nick tells Jack: “What Phyllis and I may or may not be doing is none of your business.”#YR #YoungandtheRestless #TheYoungAndTheRestless pic.twitter.com/0yomItNoCf

At Dark Horse, Phyllis brings Nick dinner and they compliment each other. She likes his new office and he’s impressed by her CEO gig. Phyllis bashes Sharon for trying to make Nick into something he’s not. She praises his ambitious nature before Nick grabs her and plants a kiss.

Nick suggests they can’t do this, but Phyllis notes that they don’t have anything to screw up now. She heads for the exit, but returns soon after. As passion explodes, the clothes start coming off. Nick and Phyllis get ready for a steamy sex session, so “Phick” fans will want to check it out. 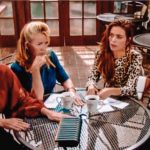 “The Young and the Restless” spoilers say Nick and Phyllis will make this a regular thing soon. They’ll become friends with benefits, but will love bloom down the road? We’ll give you updates as other Y&R news and rumors emerge. Stay tuned to see what’s next in Genoa City.