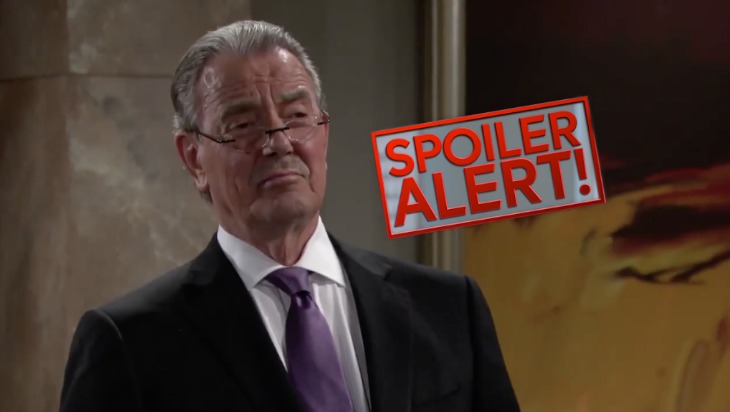 “The Young and the Restless” spoilers Thursday, July 12, tease that Billy (Jason Thompson) will dig a deeper hole for himself. At home, Billy has a hangover after losing another poker game. He’ll tells Phyllis (Gina Tognoni) that he had too many drinks during a business dinner. Phyllis gets Billy to confirm they ate at Jabot, so she knows he’s lying. However, Phyllis plays it cool and takes off.

Once they’re alone, Summer (Hunter King) battles guilt over all the gambling. It’s her fault Billy got back into it. Billy insists he’s going to play for Jaboat again, but Summer questions how he’ll get the cash. Meanwhile, Ashley (Eileen Davidson) can’t find the yacht title anywhere. She’s trying to get proof of all the latest expenses, but Kyle (Michael Mealor) proves useless.

Billy calls Ash eventually and claims the yacht was purchased through his personal account. He tells Kyle to give the receipt to accounting and request reimbursement. Billy will soon have the money he needs for that poker game, but there’ll be a big problem if he keeps losing.

Billy: Whoa, whoa, whoa. Where’s my kiss?
Phyllis: I’ll give you a bigger and better one later, Santa.#Philly #YR pic.twitter.com/tdahoLF4ik

Nevertheless, Billy tells Phyllis he’ll have another late night at work. She doesn’t buy it, so she calls up the private investigator Hilary (Mishael Morgan) suggested. Back with Kyle (Michael Mealor), he gives Mariah (Camryn Grimes) a pep talk at Crimson Lights. Kyle hints that Mariah and Tessa (Cait Fairbanks) should go out, but Mariah doesn’t consider herself to be a real girlfriend candidate.

Afterward, Kyle visits Hamilton-Winters and drops a hint to Tessa. She also shuts down the idea of dating Mariah. They’ve finally become friends again, so it seems Tessa doesn’t want to mess that up. Of course, Kyle’s probably going to keep at it. He may push Tessa and Mariah together before you know it.

At The Dive Bar, Mariah finds Summer and seeks some dating pointers. Summer’s thoroughly entertained by Mariah’s need for advice. She does some mild teasing before giving two tips. Summer thinks confidence is key, so she counts on Mariah to take care of that one. She adds that Mariah’s wardrobe needs work, but vows to handle that herself.

At Neil’s (Kristoff St. John) penthouse, he treats Ashley to dinner and an evening full of romance. Unfortunately, Victor (Eric Braeden) interrupts to complain. After Neil answers the door, Vic barges in and rants about Neil betraying him.

Thanks to Ashley’s insider tip, Neil was able to take a contract away from Newman and score a great Hamilton-Winters deal. Victor voices his displeasure and cuts ties with Power Communications. He announces that he no longer needs Neil’s help and stomps off.

Neil is unfazed by Victor’s outburst. He quickly resumes his lovely night with Ashley, which ultimately includes slow dancing and a lip lock. At the athletic club, a creepy text comes in for Victor. It appears to be from J.T. (Thad Luckibill). Victor learns his enemy wants a faceoff without anyone else around.

“The Young and the Restless” spoilers say danger could be looming in Genoa City. We’ll give you updates as other Y&R news and rumors emerge. Stay tuned to see what’s ahead on the CBS soap.

MUST WATCH The Bold And The Beautiful Preview Video Tuesday July 12: Sally Outraged At Katie and Thorne