The Bold and The Beautiful RUMORS: B&B Love Triangle, Bill Must Choose ‘BRILL’ or ‘STEAM’ 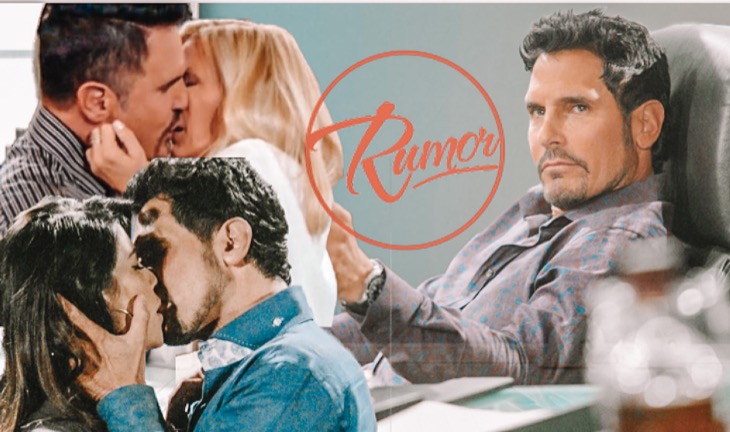 The Bold and the Beautiful rumors indicate that Steffy (Jacqueline MacInnes Wood) is going to be involved in another love triangle, this time it involves Bill (Don Diamont) and Brooke (Katherine Kelly Lang).

For years, Steffy was involved in a love triangle with Liam (Scott Clifton) and Hope (Annika Noelle). Steffy and Liam eventually married, yet their relationship was damaged when Steffy had an affair with Liam’s father Bill. After the birth of their daughter Kelly, Liam forgave Steffy and the two took steps towards reconciliation.

What do you think Ridge’s reaction will be to this kiss? 😘 #BoldandBeautiful pic.twitter.com/Fl53mJ7krj

However, Hope’s pregnancy caused the couple to break up. Liam went on to marry Hope, while Steffy focused on being an independent woman.

Thanks to the company shares she received from Bill, Steffy returned to work as CEO of Forrester Creations. Yet, her return has been plagued with drama due to her cutting Hope’s fashion line, which didn’t stem well with Brooke. Steffy has butted heads with her stepmother for a while and it looks like their feud may heat up.

Steffy catches Brooke kissing Bill and this is going to cause more turmoil between the two women.

Seeing Brooke’s betrayal, Steffy is going to feel compelled to tell Ridge (Thorsten Kaye) because he deserves the truth. But does Steffy have another motive for blabbing about Brooke and Bill’s kiss?

Could it be that Steffy realizes she wants Bill for herself?

Steffy and Bill have had a special bond that’s been going on for years. After her latest break up with Liam, Steffy turned to Bill for support. Bill tried to convince Steffy that they belonged together, yet she turned him down.

But could she be having a change of heart?

It looks like B&B is pushing towards a Brooke and Bill reunion, but with Steffy now in their storyline could the show pull a twist and have Steffy and Bill end up together.

It’s obvious Bill still cares deeply about both women, and he may soon find himself having to choose between them as the battle between Brill and Steam ensues.