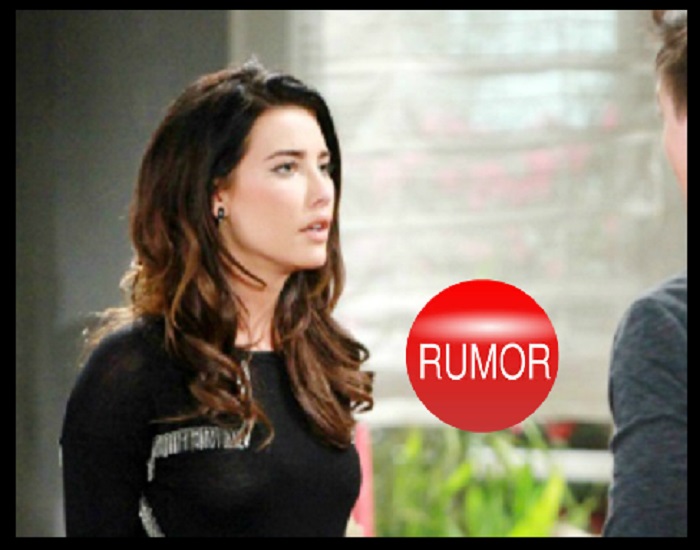 The Bold and the Beautiful rumors indicate that Steffy (Jacqueline MacInnes Wood) and Liam (Scott Clifton) will be heading to court over custody of their daughter Kelly.

After giving birth to Kelly, Steffy believed that she and her ex-husband Liam would reunite and finally be a family like she dreamed of. However, Hope’s pregnancy announcement complicated matters, leaving both Steffy and Liam uncertain of their future together.

Any hope of a reunion was crushed when Steffy walked in on Liam making out with Hope (Annika Noelle). Devastated over Liam’s betrayal, Steffy made the rash decision of agreeing to marry Bill (Don Diamont) in exchange for a stable life for her and her daughter.

Yet, Steffy’s wedding plans with Bill may cost her Kelly. Liam is upset with Steffy’s upcoming marriage to his father. Given that things are tense between father and son, the last thing Liam wants is Bill raising his daughter. So wanting to protect Kelly, Liam will do whatever it takes to make sure Bill isn’t anywhere near his daughter, even if that includes suing Steffy for custody.

If a custody battle ensues, Liam is going to have the support of Hope. However, Steffy and Bill will also pull out all the stops to keep Liam from his daughter.  Bill is known to play dirty in order to get what he wants and there’s no telling how far he’ll go to make sure Liam loses everything.

While Bill and Steffy may have the upperhand in a custody suit, Liam and Hope could also come out the winners. No matter what happens, baby Kelly is going to be stuck in the middle of the ongoing battle between her parents.

With baby Kelly’s future at stake, things could be getting even tenser with Liam, Steffy, and Bill. Will Steffy gain the advantage and be awarded full custody of Kelly? Or will her nightmare come true with Hope raising her daughter?