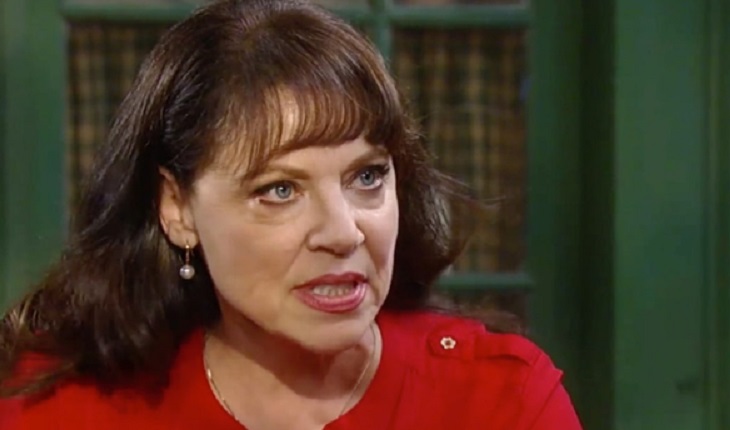 General Hospital spoilers indicate that Liesl Obrecht [Kathleen Gati] isn’t going anywhere, anytime soon. Even though her scheme to get rid of Peter August [Wes Ramsey] once and for all burst into flames, Obrecht has a knack for turning up, even when you think you’ve already seen the last of her.

A lot of fans can’t help but wonder how long the villainess has before the WSB carts her off the small screen. From what we know so far, it seems as though there’s much more in store for Obrecht, even if it’s not in the immediate future.

As a matter of fact, actress Kathleen Gati, who portrays Liesl on the show, recently told ABC Soaps in Depth in an interview, “The only time I’ve had more fun was the Nurses Ball four years ago. I’ll play Obrecht as long as they want me and need me. Even if I’m doing other stuff, there’s hopefully always a route for Obrecht.”

As far as that “other stuff” is concerned, Gati is hoping to reprise her role as the nanny Raisa on this season’s Arrow. She adds, “It’s a predominantly female staff of writers, so we’ll see what’s in their hearts.”

Of course, it’s without a doubt that fans would love to continue seeing Kathleen on daytime television too. Viewers will just have to tune in to find out what will happen next for Liesl. Fingers crossed that she stays!