The Bold and the Beautiful RECAP Tuesday, October 9: Brooke Threatens Ridge – Katie And Bill Work Together 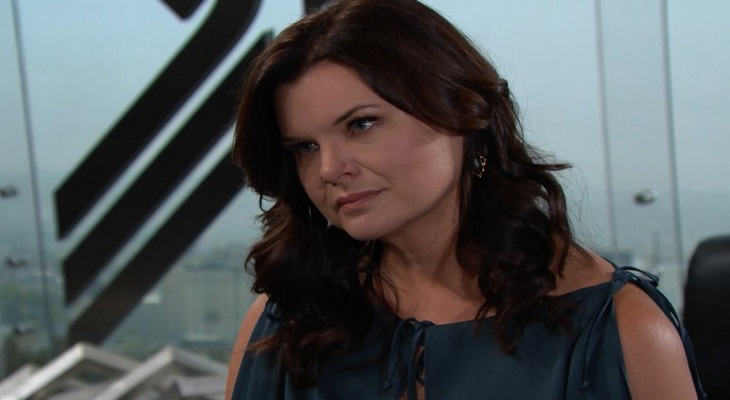 At Spencer Publications, Bill Spencer (Don Diamont) continues to spend time with little Will. Bill shows Will where he cleared a whole day on his calendar to spend with him. Will is excited. Once alone, Katie Logan and Bill chat. Katie suggests Bill do some school invites and Bill is all for it.

Bill says he wants to carpool and pick Will up from school. Katie makes a joke about him always sending a driver. Katie tells Bill they need to stick to a schedule and Bill says he can do that. Katie tells him they will soon, but right now they have to see how everything goes. Katie leaves.

Escape, love, and believe with #BoldandBeautiful weekdays on @CBS. 💙 pic.twitter.com/3XO1GL4J05

Steffy has an idea to run by him. She brings up how great he was building their social media page and asks Wyatt to come back to work there. Wyatt accepts his job as soical media manager and starts right away. Wyatt thanks Steffy. Ridge Forrester appears. Steffy let’s Ridge know she rehired Wyatt. Ridge is preoccupied. Steffy asks him what is wrong and says she knows he was just with Brooke Logan Forrester.

Bill Spencer arrives at Forrester Creations and goes into the office with Brooke Logan Forrester. He tells her his good news about getting to spend time with Will. He tells her Katie Logan says they can revisit the case down the road. Bill wants to know how the judge could just strip him of his rights. Brooke says she can tell him exactly how it happened. And that’s a wrap. Don’t forget to check often with Soap Opera Spy for all your soap needs!