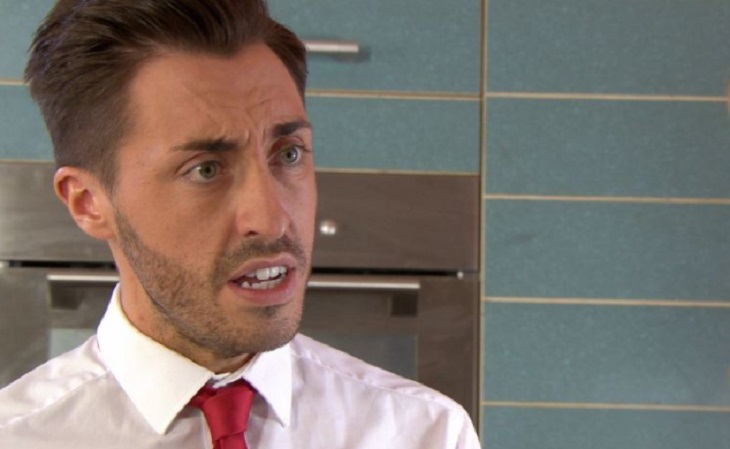 On Hollyoaks Scott Drinkwell (Ross Adams) isn’t handling his mother’s premature death from cancer well; does this foreshadow a return to the destructive depression that has hounded him in the past?

As the holiday season approached, Brody discovered the bombshell news about Maggie’s condition, even before Damon knew.  Maggie begged Damon to keep her tragic secret, putting Damon between a rock and a hard place.

Eventually the sad truth came to light, and Maggie’s final days on Hollyoaks were bittersweet. Initially she asked Scott to help her end her suffering, something that tore the family apart when the news was discovered. At one point an outraged Damon threatened to report them both to the authorities.

In the end the plan was scuttled and Scott, Damon, and Brody helped Maggie to leave the hospital for a short while in order to check off a few things on her bucket list.

But before the day ended, Maggie’s weakened body gave out and she passed away peacefully, surrounded by her loved ones. Fans immediately flocked online to express the sadness they felt watching the beautifully crafted scenes and poignant performances from all of the actors involved.

As the dramatic Hollyoaks’ scenes continue in the coming days, Scott in particular is having a hard time of holding it together following Maggie’s death. The devastated young man attempts to cope with his loss by stuffing his emotions and putting up a brave front.

Insightful Lily Drinkwell (Lauren McQueen) isn’t falling for it though. She’s concerned about his ability to cope with his grief and he finally admits to her that he fears his depression will return. How will she respond to his startling admission?

Later, the three boys agree to honor Maggie’s memory by completing her bucket list. But will their close proximity in the midst pf their grief help or hinder their recovery?

The Young and the Restless (YR) Spoilers: Cane Recognize’s Lily’s Dilemma – Lane Not Yet Restored