The Young and the Restless (YR) Spoilers: Cane Recognize’s Lily’s Dilemma – Lane Not Yet Restored 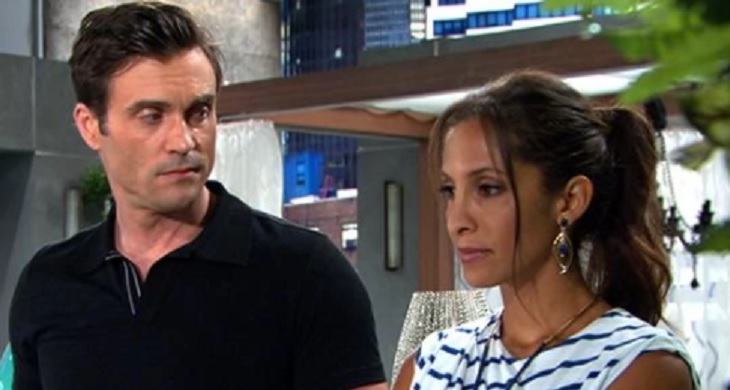 Love can take time to grow on ‘The Young and the Restless’. So too does the healing process develop at its own pace and is dependent upon the person, or couple affected. ‘Lane’ is physically under one roof. But Lily’s (Christel Khalil) progress hasn’t advanced as far as Cane (Daniel Goddard) believed.

Mr. Ashby recognized that he and his wife made a breakthrough in Paris. Lily was sincere in saying that she’d forgiven Cane, but also acknowledged that dealing with the reality of Sam was an evolving matter.

Lily told Cane that she was having a busy day at the office. In reality, she was lingering at the Genoa City Athletic Club after an impromptu meeting with Ashley (Eileen Davidson). Then, after arriving home, Lily again wasn’t square with the truth. She told Sam’s father that her schedule would remain tight this week because of Victoria (Amelia Heinle).

Related: The Young and The Restless RUMOR: Is Melissa Claire Egan Leaving Y&R?

There was a problem with Lily’s story. Cane made a surprise visit to Newman Enterprises, where Victor (Eric Braeden) told him that Lily wasn’t in a meeting with Vickie because his Chief Operating Officer was out of town. That point confused Cane, but the later fib his wife told him upon her return home proved troublesome.

Basically, Lily is having difficulty in helping her husband raise Juliet’s (Laur Allen) son. That’s normal and was anticipated. It was also understandable that Lily would exhibit defensive reactions when she invented reasons to leave home, stay away as long as possible during the day and then make up an excuse as to why she wouldn’t be around during the week.

Lily gave Cane plenty of leeway when everything was revealed last year. She’s also granted her husband more than a second chance by allowing him to move back in. The reason why her consideration is exceptional has a name. Yes, it’s Sam.

This couple is sure to talk things out, hopefully soon. When that happens Cane needs to cut his wife as much slack as she needs. This reunion can work, but both sides must be willing to offer as much compassion as needed until the Ashby family truly heals (if it can).