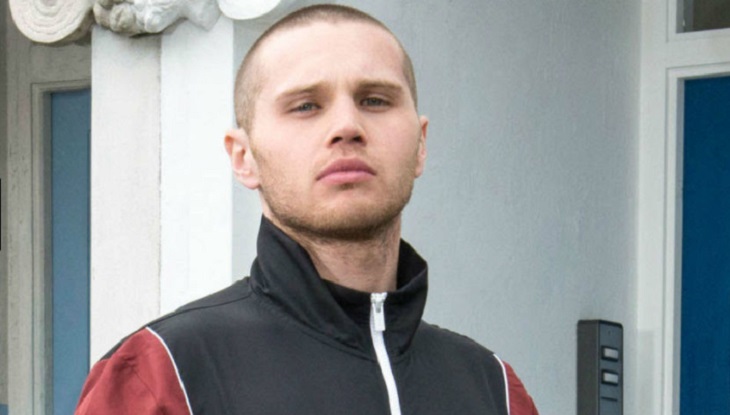 During a recent interview EastEnders star Danny Walters shared some fascinating information about his stint thus far on the BBC One super soap. In a revealing conversation with the Metro, the young actor discussed his character, Keanu Taylor, and talked about being shortlisted for a prestigious television award.

Walters plays Keanu, one of loud and proud single mom Karen’s (Lorraine Stanley) many dependent kids. As the eldest boy Keanu is the man of the house by default, a role he takes to heart, even if it sometimes leads him astray.

Did he have any reservations about how the fans would take to the colorful, noisy Taylor tribe? Walters admits that he wasn’t sure what to expect in terms of audience reaction, but was soon pleasantly surprised by the way fans embraced the unconventional clan.

“I think it was since the story which saw Bernadette (Clair Norris) lose her baby,” he said, referring to his teen sister’s pregnancy.

In addition Walters shared how honored he feels to be a part of such a legendary soap. “Every day I still wake up and pinch myself,” he said, adding that he’s still getting used to his new, and fun, gig.

When asked about Keanu’s current storyline, Walters played coy. Did Keanu steal the heist money? The savvy actor noted he’s under contract and sworn to secrecy! “Not giving anything away … who knows? It really could be anyone. We will find out VERY soon though…” Hmm, should we read between the lines on this one fans?

It’s clear that Walters is loving his stint as Keanu on EastEnders, as are the viewers. In fact his recently being shortlisted in the National Television Awards as Best Newcomer has got to be icing on the cake. In typically humble fashion Walters relayed that he thought his Taylor family co-stars were also deserving of awards. “Everyone has done such a fantastic job in the Taylor family – I’d love to win for them,” said Walters.

Congratulations on your achievement and your success, Danny!