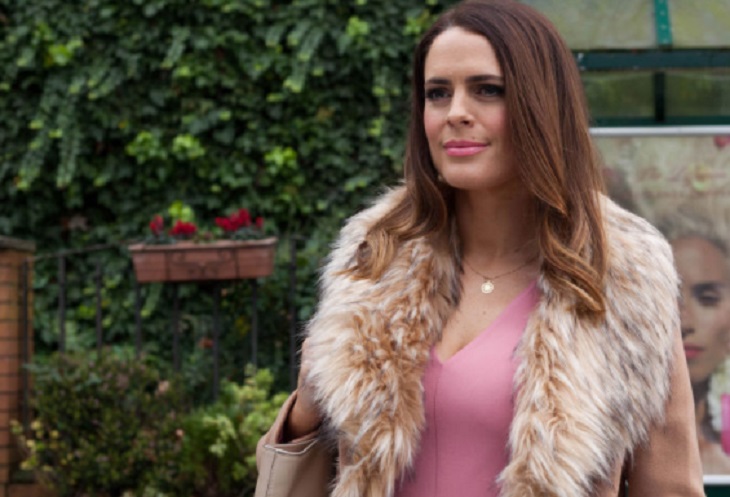 Hollyoaks spoilers tease that next week marks the momentous arrival of his secret wife, Scarlett (Susie Amy) into Luke Morgan’s (Gary Lucy) life on Hollyoaks. But he won’t be the only one gob smacked: his fiancé Mandy (Sarah Jayne Dunn) will expect him to do some fast talking, especially when she learns there’s a secret son as well!

Not wanting to be a bigamist, Luke has tried in vain to locate Scarlett in order to get a divorce so that he can marry his blond bombshell.

Instead of just telling the truth, the harried groom-to-be resorts to nefarious measures to halt the nuptials on Hollyoaks. Would you believe that he actually makes a shambles of her wedding gown? This act has got to carry some bad karma along with it, wouldn’t you think?

Nonetheless, Hollyoaks’ Mandy overlooks his little faux pas and decides the big day can’t happen soon enough:  they need to get married even earlier than planned.

But not before Scarlett pops up. Of course if he had been truthful from the beginning, her arrival would have been no big deal. As it is he’s now a cad for lying and a scoundrel for trying to bury his past.

In the coming days look for Scarlett to be quite conflicted when she learns what Luke’s been up to. She was the one who left him all those years ago, absconding with their young son.

Now Oliver (Aedan Duckworth) is a teen with lots of questions about the past and his dad.  Gary won’t be able to slip out of this sticky situation easily. Will Mandy be able to forgive and forget when she learns the extent of his deception?

This is not the first time that Amy and Lucy have played opposite each other. Previously they played Kyle and Chardonnay in Footballers’ Wives. Each has spoken glowingly of the other, and both have expressed how much they look forward to joining forces again. The chemistry between these two is intense, and Hollyoaks fans won’t want to miss their electrifying reunion!