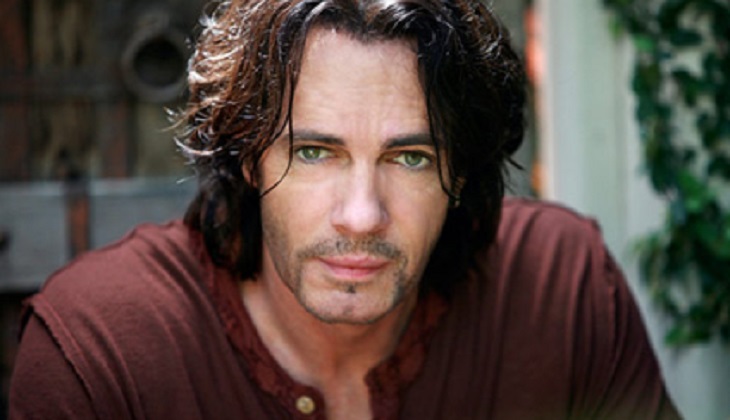 General Hospital spoilers tease that the book Daisy (Kelsey Wang) gave to Kristina Davis-Corinthos (Lexi Ainsworth) may hold a clue to either the author or to who the cult leader is—which most likely IS the author of the book, titled “Every Day is a New Dawn”.

The letter N in the word “New” and the letter D in the word “Dawn” are printed in two different colors from each other and the rest of the print on the book. The N is red or orange, and the D is blue or gray, (depending on the color setting of one’s television or computer).

Yellow means joy and creativity. Those are all the colors on the book. Many cults also rely heavily on the mind-body connection to promote healing and wellness, various forms of touch on the diseased body area directing the body’s natural energies to heal the source of the dysfunctions within itself.

There is also new research into a medical protocol called psychoneuroimmunology which is based on the mind-body connection. It is the study of how links between the mind, brain, immune system and body communicate and influence each other.

It’s possible a medical professional with a motive to integrate all forms of healing, even if not accepted by traditional medicine practitioners may have written this book, started this cult-like group, and has ties to Port Charles, and whose initials are on the book. That would be General Hospital’s Dr. Noah Drake (Rick Springfield)!

Long time General Hospital viewers will remember Noah as the father of Doctors Patrick Drake (Jason Thompson) and Matt Hunter (Jason Cook). He is also the grandfather of Emma Scorpio-Drake (Brooklyn Rae Silzer) and namesake Noah Scorpio-Drake (uncast). He was last seen in Port Charles and on General Hospital in April 2013, when he performed as Eli Love, his rock star alter ego at the Nurses’ Ball. 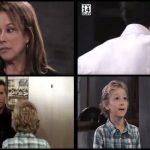 He had spent time traveling with the health care organization “Doctors Without Borders” which provides medical care to third world countries, and last was mentioned working at a hospital in Seattle, Washington. With his background in neurosurgery and travels with “Doctors Without Borders”, Noah would have had many years to learn non-traditional, holistic and spiritual healing techniques that he could combine into a psychoneuroimmunology type method.

It’s possible that if Dr. Noah Drake has combined his neurosurgery expertise with many different non-traditional healing methods possibly also including immunotherapy, as in the cancer trial Oscar Nero (Garren Stitt) is avoiding, that Oscar may actually be in just the right place to receive a miracle.

Noah may even have found ways to get to tumors thought previously inoperable and be able to remove the tumor entirely! Keep watching GH and checking General Hospital spoilers to see if Oscar indeed finds health and healing by whatever method!