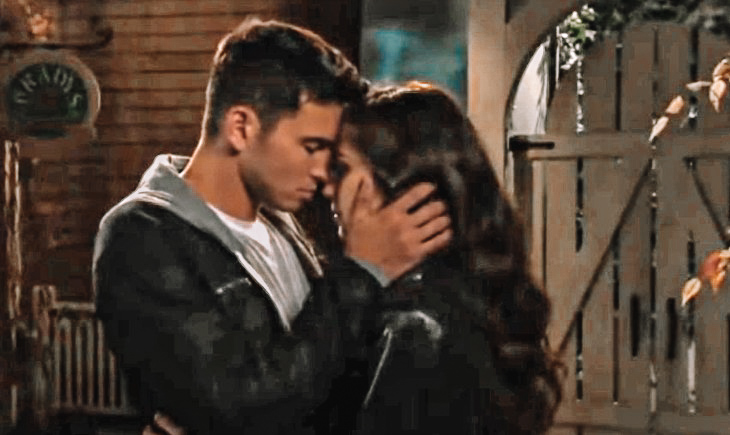 Fans of “Days of Our Lives” will finally see Ciara (Victoria Konefal) and Ben (Robert Scott Wilson) share a steamy first kiss. Viewers of the NBC soap have witnessed the undeniable chemistry between these two and have been waiting for them to be a couple.

What Ben and Ciara have is the classic good girl and bad boy love story. Apart from that, Ciara’s mom, Hope Brady, (Kristian Alfonso) does not want her daughter to have anything to do with Ben. Even though the odds are stacked against them, the pair, who lives two different lives, fall for one another.

Ciara, who just broke up with Tripp Dalton, (Lucas Adams) hears Ben confess that he likes her. The two, who ends up making out, can potentially be a super couple just like Ciara’s parents, Bo Brady and Hope Brady, aka BOPE.

“Days of Our Lives” also hinted that Ben and Ciara will most likely go all the way in the New Year, which will surely leave fans waiting and wanting. Furthermore, unconfirmed rumors are claiming that Ciara could be pregnant in the New Year. But we all know that since it is DOOL, there is no such thing as an easy road. There will always be a catch. What challenges will this new couple face?

Meanwhile, Leo Stark (Greg Rikaart) will surprise everyone, especially Will Horton and Sonny Kiriakis, (Freddie Smith) who are trying to patch things up and move forward as a couple. The last time Leo was seen on screen, he was being rolled in a rug, placed in the trunk of a car, and presumed dead.

Days of Our Lives Weekly Spoilers November 26 to 30: Ben and Ciara Steamy Kiss – Sonny and Will Rocked by Leo’s Return and Demands

Before his accidental “death,” Sonny rejected Leo’s marriage proposal in return for dropping the sexual harassment suit. Now, it’s been revealed that he is alive and well and ready to unleash his wrath. What does Leo’s return do to Sonny and Will? It would seem that Leo has the upper hand. Will the pair submit to his every whim? Will he finally be able to force Sonny to marry him?

Eastenders Louisa Lytton Feels Optimistic About Her Future In The Show, Shares Juicy Details About Next Week’s Special Episode