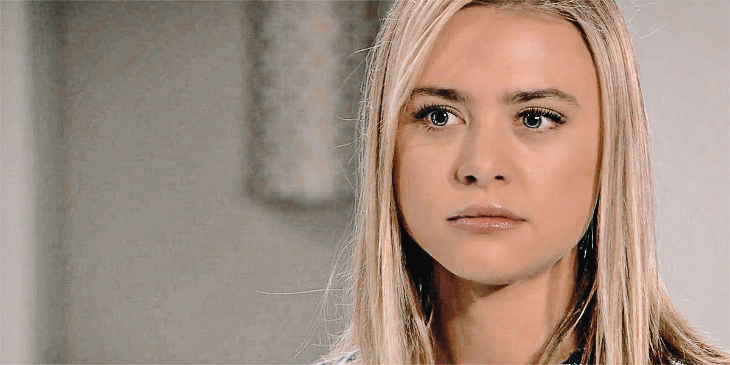 General Hospital spoilers indicate that there are going to be a lot of changes and surprises for Kiki Jerome (Hayley Erin) in the coming weeks. As a matter of fact, actress Hayley Erin, who plays the blonde beauty on the show, says that there is some pretty big stuff in store for her character. Here’s what we know so far.

As many fans already know, Kiki had a very passionate one-night stand with her mother, Ava’s (Maura West) boyfriend, Griffin. (Matt Cohen) After one thing led to another, Kiki and Griffin began developing feelings for each other, much to her mother Ava’s dismay. And now it looks like the tables will turn once more as Kiki’s half-sister Sasha (Sofia Mattsson) is about to make her moves on Griffin, too. And yes, Ava might have something to do with this, too.

It’s without a doubt that Kiki will want to defend her territory and make sure that Sasha stays away from her man, regardless of what her intentions might be. But it looks like Ava might have a plan in mind, too. She feels as though she was hurt the most from all of this and wants to see some people pay the price for their actions, including her own daughter Kiki.

Off-screen, as Soap Opera Spy previously reported, Hayley is also preparing for her role on The Perfectionist, too. And while no one knows if the actress will be able to pull in double duty on both shows for long, Hayley did hint on social media that she wants to continue playing Kiki for as long as she can. Fingers crossed that she will!

General Hospital Spoilers: Franco Warns Ava Kevin Is Not Himself!

The Young and the Restless Poll: Which Member Most Likely Blows the Coverup Crew’s Secret?