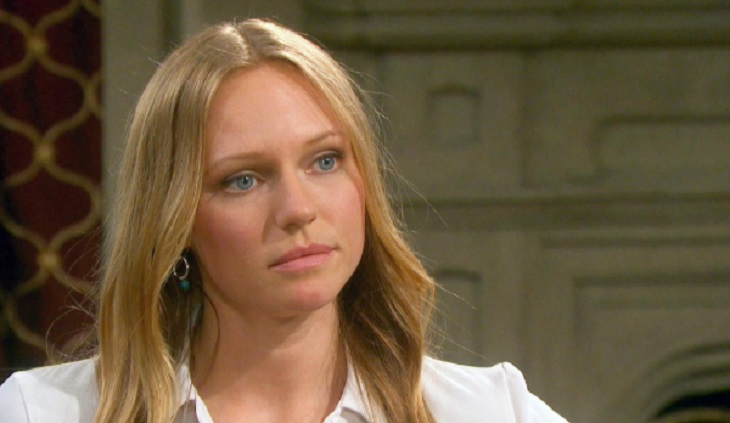 Marci Miller might no longer be in Salem, but that doesn’t mean she hasn’t been staying busy. As a matter of fact, the Days of Our Lives actress has recently opened up about her new gig, leaving the soap, and what’s in store for her and her future. The actress is best known for her role as Abigail Deveraux DiMera.

Speaking to Soap Opera Digest, Marci said that she had mixed feelings about not renewing her contract on Days of Our Lives, but knew it was also the best time for her to move on and work on other projects in the entertainment industry instead. Plus, she also has some very exciting projects in the pipeline.

Days Of Our Lives Spoilers – What’s Next For Marci Miller?

She told the publication, “I’m working on a new series. I wrapped DAYS in May, and started shooting it in July. It’s not official where it’s going to go yet. It could be Netflix, it could be Amazon, it could be anywhere. They’re a little bit undecided who they want to sell it to at this point. It has a working title, but I’m technically not allowed to say all kinds of stuff.”

In the latest #DAYS, Kayla has suspicions about Gabi.https://t.co/ZsCmioRrzb pic.twitter.com/BSl0NSRjAv

If that weren’t enough, Marci is also working with an all-star cast and crew. She added, “There are great people in it – from Breaking Bad and House of Cards. I’m the lead girl. It’s been a great time, one of my favorite creative experiences of my life. The pilot is shot and we’re actually working on the rest of the series now. It’s 10 episodes. Then, fingers crossed, we’ll get a nice season 2. I’m excited for everyone to see it.”