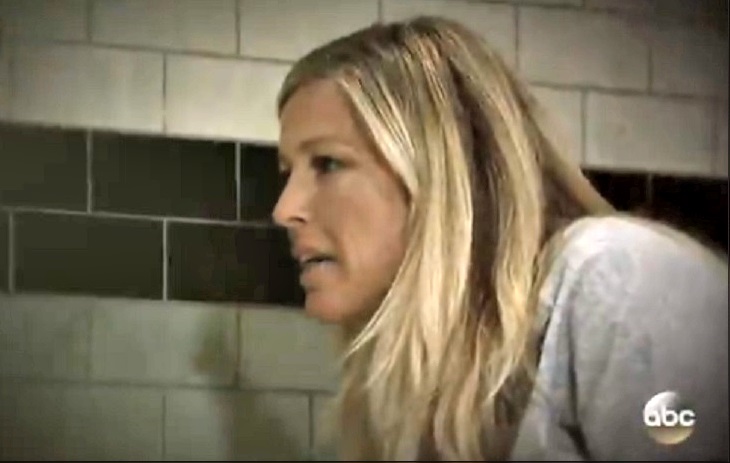 “General Hospital” spoilers for Wednesday, June 27, tease that Chase (Josh Swickard) will bump into Nelle (Chloe Lanier) and kick off a risky plan. Dante (Dominic Zamprogna) suggested that Chase should go for an intriguing angle. Since Chase previously earned Nelle’s trust, Dante believes that could help him gain an advantage.

If Chase plays his cards right, he can lower Nelle’s guard and aid the investigation. Of course, Chase can’t jump right into a friendly chat. That would just raise Nelle’s suspicions and defeat the purpose. Instead, Chase will be smart about this. He’ll hint that Nelle can’t escape the consequences of her actions, but he may pretend to soften soon enough.

Meanwhile, Michael (Chad Duell) will have a startling encounter as well. He’ll be surprised when he runs into a rattled Francesca. “General Hospital” spoilers say Francesca will decide to share some updates. She’ll feel like Michael needs to be in the loop on something, so he’ll be ready to listen.

Francesca recently revealed her sexual harassment allegations to Kiki (Haley Erin). Will she let Michael know, too? Michael has a seat on the board, which means he could have some influence in the drama ahead. Dr. Bensch (James DePaiva) is gaining plenty of enemies, so Michael could join the crowd.

However, Nelle seems to stir up trouble everywhere she goes. If Francesca witnessed or overheard something peculiar, she might feel obligated to blab. Michael’s “baby mama” is certainly a lot to handle!

Over with Franco (Roger Howarth), he’ll get a pep talk from Liz (Rebecca Herbst). Franco will be discouraged by the Dr. Bensch chaos and everything Kiki’s dealing with. He’ll kick himself for not seeing the warning signs, but there weren’t really any to see. Dr. Bensch only crossed the line behind closed doors, so Franco shouldn’t blame himself here. He should concentrate on giving Kiki plenty support.

Other “General Hospital” spoilers say Alexis (Nancy Lee Grahn) will drop by Charlie’s Pub. She’ll serve Julian (William deVry) with a subpoena and trade barbs about their therapy chaos. Despite the tension of that appointment, Alexis will be glad that Julian stepped up. She’ll offer her gratitude before tackling another task.

At GH, Kiki will be called away for a meeting. It appears she’ll head over to see Alexis, but bad news awaits. Word has it Alexis may drop the case soon, so that could be a curveball for Kiki to deal with. Fortunately, Kiki has no intention of backing down. On Wednesday, she’ll show off that feisty side she gets from Ava (Maura West).

Speaking of Ava, she’ll fume over Dr. Bensch’s moves and vow to get even. Griffin (Matt Cohen) will feel like Ava needs to rein in her vengeance plot, but can he truly stop this force of nature? At Ferncliff, Carly (Laura Wright) will soak up every minute of her visit with Sonny (Maurice Benard). She’ll be thrilled to have her beloved hubby close by.

After Sonny acknowledges Carly’s terrible dilemma, he’ll vow to get her out of there and make Nelle pay. “General Hospital” spoilers say they’ll also face a stunning disturbance. Will the mystery man next door resume his knocking? Will his meds wear off enough for him to reach out?

Carly is growing more inquisitive every second, so she could run into some trouble. We’ll keep you posted as other details and rumors emerge. Stay tuned to ABC’s GH and don’t forget to check Soap Opera Spy often for the latest “General Hospital” spoilers, rumors, updates and news.