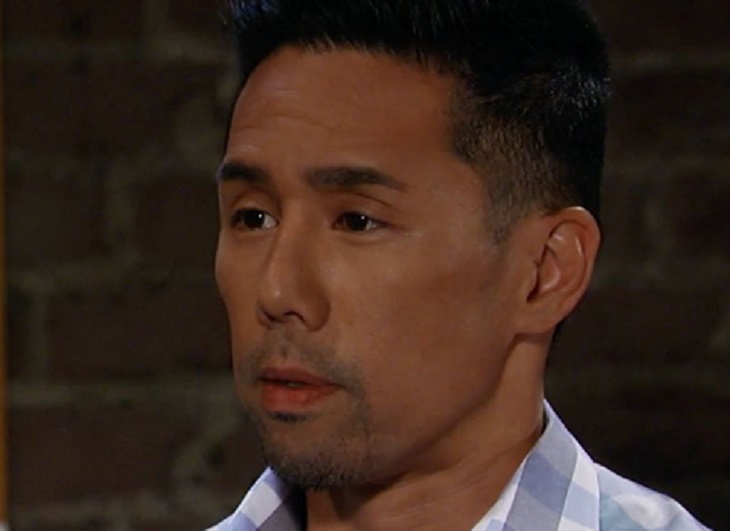 “General Hospital” spoilers for Wednesday, August 1, tease that Lucas (Ryan Carnes) will express some confusion. He’ll point out that Brad (Parry Shen) never told him where he went earlier. Brad claimed he took the baby out for a drive, but that wasn’t really the case. Dead Wiley was in the car with him when Nelle (Chloe Lanier) hobbled over and put this switch in motion.

Now Brad’s got Michael (Chad Duell) and Nelle’s kid, so he’ll have a big secret to keep under wraps. It’ll be hard for Brad to keep up the lie, but it’ll be a piece of cake for Nelle. She should have a degree in deception by now! At GH, Nelle will rant at Michael for ruining everything. She’ll make him believe that his actions caused the death of his child.

As Michael battles guilt, Sonny (Maurice Benard) will get some horrifying updates. Liz (Rebecca Herbst) will tell Sonny that she’s sorry, so she may be the one to break the bad news. Sonny will definitely worry about how Michael will handle all this. He’ll just want to be there for his distraught son.

At the safehouse, Josslyn (Eden McCoy) will show up to see Carly (Laura Wright). This visit will be short and secret, but it’ll pack quite a punch. Carly will insist that Joss needs to hear the truth. She’ll have a few things she wants to share about Nelle. You can bet that Josslyn will hit the roof once she hears about the murder plot. She’ll be angry with Nelle as well as herself for believing all the lies.

Other “General Hospital” spoilers say Jason (Steve Burton) will get Sam (Kelly Monaco) on the phone. He’ll admit that he could really use a favor. Sam will head over to Ferncliff with Curtis (Donnell Turner) later, so it seems this favor involves clearing Carly. If they can find some extra evidence of Carly’s harsh treatment, it would speed this process along.

Elsewhere, Lulu (Emme Rylan) will listen to a wild story. Chase (Josh Swickard) will fill Lulu in on Nelle’s plan to kill Michael, so she’ll naturally be shocked. Lulu will realize that Nelle’s more messed up than she thought. Nearby, Ava (Maura West) will bug out as she listens to their chat. She’ll just hope Nelle’s takedown doesn’t include her!

Ava will also give Kiki (Hayley Erin) a pep talk on Wednesday. She’ll insist that Dr. Bensch (James DePaiva) will get what he’s got coming. Kiki will hope so, but she’ll continue to battle anxiety about this case.

The Bold and the Beautiful Spoilers Wednesday, August 1: Liam Gives Up On Steffy – Ridge And Brooke Battle