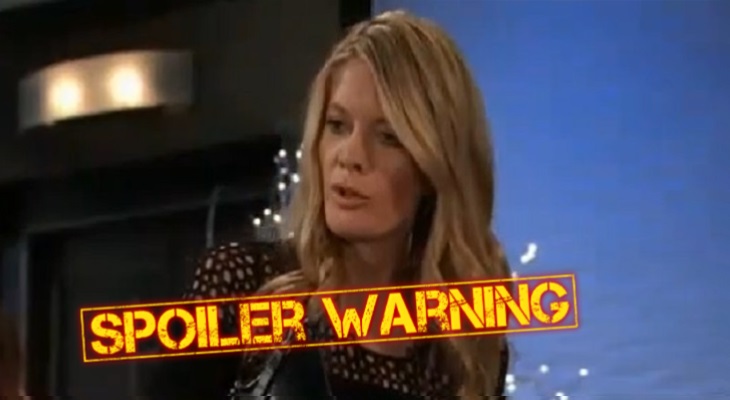 “General Hospital” spoilers for Tuesday, December 11, tease that Liesl Obrecht (Kathleen Gati) will lash out at Anna (Finola Hughes) and Finn (Michael Easton). She had suspicions about their trap, but she took a risk and came back to Port Charles anyway. When Finn and Anna take her to the police station, Liesl will insist on going to GH instead. She’ll want to see Britt (Kelly Thiebaud) and save her life.

However, Britt isn’t really knocking on death’s door. Liesl was right, so she’s going to regret not trusting her initial instincts. Across town, Chase (Josh Swickard) will bump into Willow (Katelyn MacMullen) and try to buy her a drink. Sadly, some confusion could come between these two in on Tuesday. Willow may get the wrong idea about Chase’s intentions, so he’ll have some explaining to do.

Valentin (James Patrick Stuart) and Sasha (Sofia Mattsson) will also have to explain in this episode. Nina (Michelle Stafford) will overhear their chat about doing something that might hurt her. She’ll waltz over and do her best to make sense of their claims.

Sasha and Valentin will undoubtedly be discussing the fake daughter scheme, but they can’t tell Nina that. Instead, they’ll form a quick cover story and hope Nina buys it. Meanwhile, Ava (Maura West) and Carly (Laura Wright) will have a tense faceoff at the cemetery. Carly will be appalled with Ava for acting like she wanted Kiki (Hayley Erin) to die.

It’s true that Carly blames Ava for Morgan’s (Bryan Craig) death, but she’d never wish the same fate on Kiki. Carly will make that crystal clear to Ava, but it won’t do any good. It looks like nothing can tame Ava’s rage right now, which is exactly what Ryan (Jon Lindstrom) wants. He loves Ava’s dark side, so he’ll continue to feed it.

Ryan will gloat about finding his calling on Tuesday, so it seems tormenting people is the calling he’s referring to. He’s ecstatic about all the mayhem that’s unfolding. Over with Laura (Genie Francis), she’ll open up to Sonny (Maurice Benard) about her latest struggles and the divorce papers. Laura will suggest that 25 years later, Ryan has claimed a new victim. She’ll probably mean her own relationship!

Laura believes the anniversary of Ryan’s crime spree took a toll on Kevin (Jon Lindstrom). She may think that’s why Kevin seemingly lost it and went through a total personality transformation. Of course, “General Hospital” fans know it’s because Kevin isn’t Kevin at all. Ryan’s posing as his twin brother, so there’s much more drama to come.

Young And The Restless Spoilers: Nikki Falls Off The Wagon, Cover-up Chaos Ensues