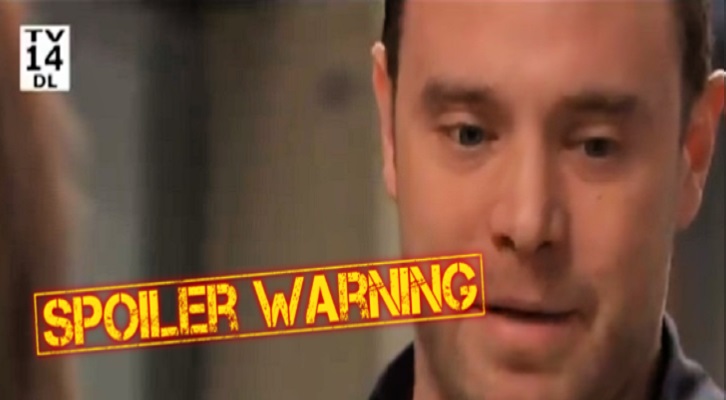 “General Hospital” spoilers for Thursday, December 27, tease that Anna Devane (Finola Hughes) will have a proposition for Hamilton Finn (Michael Easton). She’ll invite Finn to move in with her, so he’ll consider the suggestion and give her an answer soon. Anna will hope that Finn says yes to this exciting new chapter together.

At GH, Drew Cain (Billy Miller) will bring a smile to Kim Nero’s (Tamara Braun) face. He’ll note that a lot has happened this year. Oscar Nero’s (Garren Stitt) tumor brought plenty of drama, but Drew will think there were some high points, too. He’ll just be glad that he’s a dad to a great son.

Of course, there are still concerns about whether Oscar will live or not. Drew will keep hope alive and encourage Kim to do the same. “General Hospital” spoilers say she’ll be moved by Drew’s supportive attitude in Thursday’s episode.

Over with Laura Collins (Genie Francis), she’ll have a crucial conversation with Felicia Scorpio (Kristina Wagner). Laura will admit she’s deeply concerned about Kevin Collins’ (Jon Lindstrom) mental state. She thinks Kevin may be having another breakdown, so she’ll fill Felicia in and ask for some help.

However, Laura doesn’t realize that’s not the real Kevin. Ryan Chamberlain (Jon Lindstrom) is the one who’s out of control! He’ll be annoyed by a visitor on Thursday, so maybe Felicia will tackle the problem for Laura. They may agree that Felicia has a shot at getting through to “Kevin.” In reality, Felicia will just be putting herself in harm’s way.

Other “General Hospital” spoilers say Margaux Dawson (Elizabeth Hendrickson) will have another chat with Sonny Corinthos (Maurice Benard). When they run into each other, they’ll talk about Jason Morgan (Steve Burton) and Margaux’s lack of leverage. Although Margaux’s trying to let go of her vendetta, Sonny could still have some worries. He might seek assurance that Margaux is putting all this behind her.

Jason will notice all the time Sonny and Margaux keep spending together. He won’t think it’s a good idea, especially since Carly Corinthos (Laura Wright) is so uneasy about their bond. Jason will warn Sonny to avoid Margaux, but it’s doubtful he’ll listen!

GH fans will also see a stunning encounter on Thursday. A mystery man will look blown away when he spots Jason. He’ll struggle to believe his eyes, but this is likely a case of mistaken identity. “General Hospital” spoilers say someone from Drew’s past will pop up this week, so this may be the guy. Drew used to look just like Jason, which would provide an easy explanation for the confusion.

Some twists and turns are coming up in Port Charles. We’ll give you updates as other news and rumors emerge. Stick with ABC’s GH and don’t forget to check Soap Opera Spy often for the latest “General Hospital” spoilers, rumors, updates and news.

Days of Our Lives Spoilers: Cat Fight – Abby And Gabi Go At It