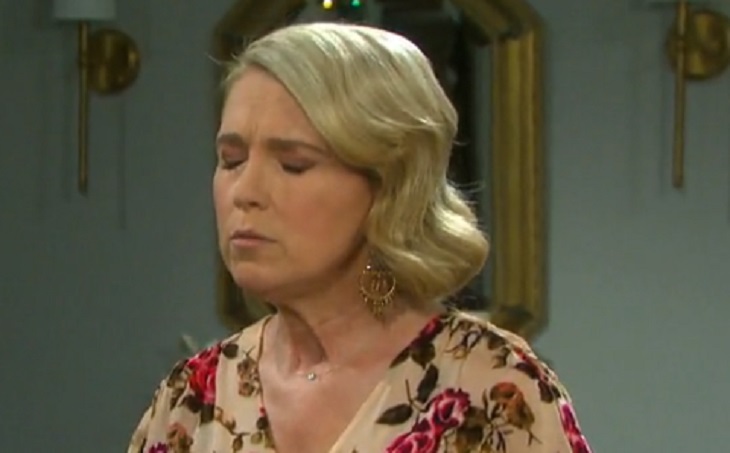 “Days of Our Lives” spoilers for Thursday, December 27, tease that Gabi Hernandez (Camila Banus) will fear a grim fate. Stefan DiMera (Tyler Christopher) just sent Ben Weston (Robert Scott Wilson) off to kidnap Gabi. He intends to make her pay over the fake bliss she played a role in creating.

Gabi allowed Stefan to believe “Gabby” was back and switched Charlotte DiMera’s paternity test results. That led to Stefan’s false hope for a future with Abigail Deveraux’s (Kate Mansi) alter and her child. Now that everything has been yanked out from under him, Stefan’s ready for vengeance. He’ll want Gabi to feel at least a little of the pain he feels.

However, DOOL fans can’t forget that Stefan raped Abigail. She had no idea what she was doing when she had sex with Stefan, so he took advantage of her in a moment of mental instability. Stefan deserves to suffer, but Gabi also deserves the nightmare she’s brought on herself. She’ll panic as Stefan ties her up and threatens her with a fireplace poker on Thursday.

Days of Our Lives Spoilers: Gabi Must Pay – Headed Back To Prison?

“Days of Our Lives” spoilers say Gabi’s going to be just fine, but she won’t know that. She’ll fear death is imminent as Stefan loses control of his temper. Over with Chad DiMera (Billy Flynn), he’ll urge Rafe Hernandez (Galen Gering) to arrest Gabi immediately. Chad will fill Rafe in on the whole story and insist that Gabi needs to be back behind bars.

Of course, Rafe might have trouble tracking Gabi down thanks to the kidnapping plot. Chad and Abigail may think Gabi took off, but Stefan will be the one holding her hostage. Later, “Days” spoilers say Rafe will have quite a mess to clean up. He’ll worry he won’t be able to shield Gabi from the fallout of all this.

Meanwhile, Jennifer Horton (Melissa Reeves) will battle plenty of guilt. Now that she knows Abigail was telling the truth, she’ll want to offer a sincere apology. “Days of Our Lives” spoilers say Jenn will express regret on Thursday. She’ll hate that she doubted her daughter and put her trust in Gabi’s claims instead.

Days of Our Lives #DOOL Spoilers: Jack Is Back! Will He Step Up For His Daughter? @celebratesoaps https://t.co/ek4qzg5jdh

Abigail should appreciate Jennifer’s remorse, so maybe they can start to repair the damage between them. “Days” spoilers state that an exciting episode’s on the way. We’ll give you updates as other news and rumors emerge. Stick with DOOL and be sure to check Soap Opera Spy often for the latest “Days of Our Lives” spoilers, rumors, updates and news.