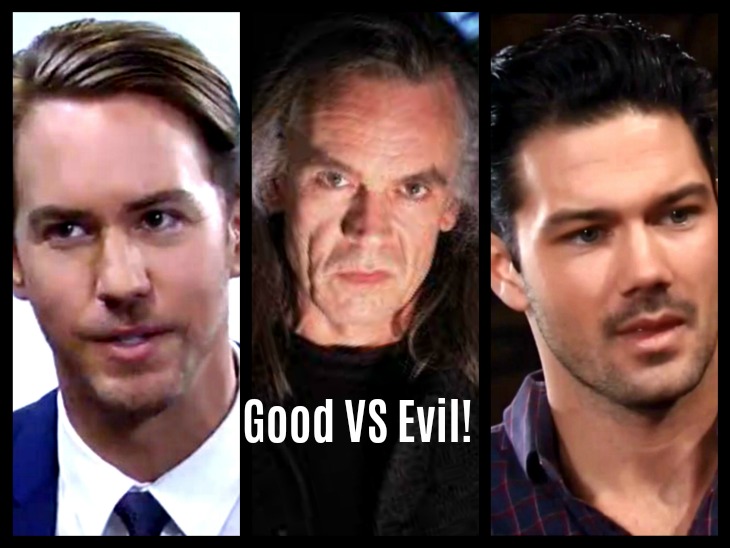 General Hospital (GH) spoilers reveal that Sonny Corinthos (Maurice Benard) may have cracked the case wide open as he reviewed the script with Jason Morgan (Steve Burton) and Damian Spinelli (Bradford Anderson) by his side. As the trio look over the final pages of the manuscript they realize that Sinclair is actually Faison’s son. Meanwhile, across town, Detective Nathan West (Ryan Paevey) is learning for the first time that he is Cesar Faison’s (Anders Hove) son; but it is very clear they cannot possibly be talking about the same person.

GH fans know what Nathan West is the furthest thing from a writer, as it was quite apparent with the whole “Ask Man Lander” debacle; but there IS a fresh face in town who is an excellent writer and in fact, is very much involved in most of the residents of Port Charles lives – Mr Peter August (Wes Ramsey). Peter has been a very mysterious character, who seems to be in just about everyone’s business, but never revealing anything about himself.

General Hospital spoilers tease that if Sonny is right and Peter turns out to be Faison’s son, there surely will be a battle of the wits between Nathan and Peter. Nathan grew up in a privileged society, wanting for nothing, raised by his socialite aunt whom he thought was his mother until he was well into his 20s. Peter, it seems, grew up around shady people like Faison, and if the scripts are a journal of his life, he worked fairly close with Faison on some dastardly things until he betrayed him. This looks like it’s turning into the tale of good versus evil when it comes to the brothers.

LOVE GENERAL HOSPITAL? SIGN UP FOR OUR GH SPOILERS NEWSLETTER!

How will Nathan react to having such a violent and unhinged brother living so close to his growing family? Will the truth of his father cast a shadow on his life and way of thinking, worrying he will turn out like Faison? One has to wonder how Peter will react to learning he also have a brother, who walks on the right side of the law; will this be a blessing or a hindrance?

Be sure to tune into ABC’s General Hospital (GH) to catch up on everything happening right now in Port Charles. Check Soap Opera Spy often for updates, news, rumors, and spoilers!

The Bold and the Beautiful Spoilers: Thorne and Rick Join Forces To Take Ridge Down