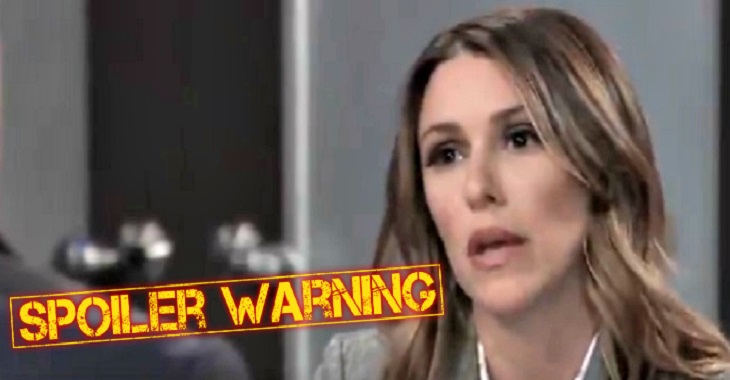 General Hospital spoilers tease that Jordan Ashford (Briana Nicole Henry) has bad news for DA Margaux Dawson (Elizabeth Hendrickson)! The Port Charles Police Department is dropping the Vincent Marino case for lack of evidence! However, that won’t faze Margaux—she’ll do ANYTHING to solve her father’s murder! This has gone way beyond ambition, now it’s a revenge motivated vendetta!

Margaux has already tried convincing Drew Cain (Billy Miller) to do “the right thing” and tell her his Jason Morgan (Steve Burton) memories so she can take Sonny Corinthos (Maurice Benard) down and probably Jason with him! But Drew won’t budge—he’s not a tattle tale, especially not when it comes to someone else’s memories! 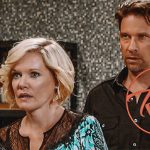 She does still have the flash drive with the memories and memory mapping program in her bag of tricks….she will pull that out and try to bribe Drew with his own memories into flipping on Sonny and Jason.

If that doesn’t work, she may dig up cold cases and try to tie Sonny or even his father Mike Corbin (Max Gail) to them; Alzheimer’s or not! This would show Margaux as a cold hearted vixen who may stoop very low, even slightly outside the law, to achieve her goals!

Another thing Margaux could do would be to set Sonny up for another crime that he had nothing to do with….maybe when Ryan Chamberlain (Jon Lindstrom) makes his first kill, she’ll plant evidence to try to tie Sonny to it!

If bringing down Sonny is more important than bringing down a known serial killer, she’s really got her priorities out of order! Or, she may have other crimes that are currently being investigated that she could try to set Sonny or Mike up to take the fall.

How far will Margaux go to get Sonny and or Mike convicted of her father’s murder? Stay tuned to GH and check General Hospital spoilers frequently to see what happens in this cold case turned hot!