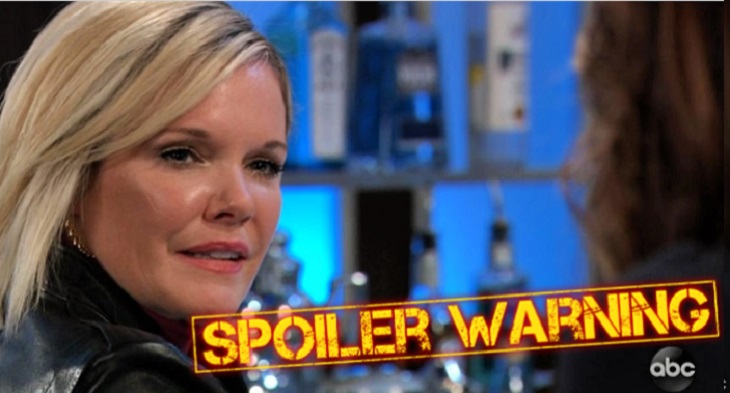 “General Hospital” spoilers for Monday, November 19, tease that Oscar (Garren Stitt) will have an enlightening chat with Monica (Leslie Charleson). She’ll ask if he’d to know what he’s up against, so Oscar should find that refreshing. He’d been kept the dark by Kim (Tamara Braun) and Drew (Billy Miller), so he’ll undoubtedly appreciate Monica’s honesty.

While Oscar hears more about his tumor and what he can expect, Drew will clash with Kim. She’ll be upset about Oscar and the whole emancipation situation. Kim will refuse to give up, even if that’s what Drew has in mind. She can’t stand by and let her son face a grim fate.

Other “General Hospital” spoilers say Julian (William deVry) will do something impressive. He’ll earn some points with Sam (Kelly Monaco), so that’ll bring a moment of warmth between them. Julian should be incredibly grateful for that. He’s really been trying to focus on his family lately.

Across town, Stella will get quite a shock. She’ll spot Marcus, the former flame Curtis (Donnell Turner) decided to look for. Curtis learned Marcus was married, so things should get interesting for Stella. Old feelings may be stirred up when she sees Marcus again, but will she be able to do anything about them? GH viewers will definitely see some complications in Stella’s love life.

Over with Ava (Maura West), she’ll carry out the rest of her devious plan. Ava already drugged Sasha’s (Sofia Mattsson) soup, so it won’t be long until Nina’s (Michelle Stafford) fake daughter is out like a light. Next, it’ll be Griffin’s (Matt Cohen) turn. Ava will put her drugged victims in a compromising position and await the juicy fallout. She’ll just need a little help from Franco (Roger Howarth).

“General Hospital” spoilers say Ava will pass along a terrible tidbit. She’ll suggest that Griffin cheated with Sasha and find a way to make Franco believe it. Soon after, Franco will fill Kiki (Hayley Erin) in. She’ll confess that she got some weird vibes from Sasha and Griffin, but she’ll want answers for herself.

Has Kiki moved too quickly with her new sister, West Coast? Sasha’s attraction to Griffin is just the beginning. An all-new #GH STARTS NOW on ABC! #GH55 pic.twitter.com/2jzdRkJouE

This setup will bring a shocking discovery before long, so “General Hospital” fans won’t want to miss it! We’ll give you updates as other news and rumors emerge. Stick with ABC’s GH and don’t forget to check Soap Opera Spy often for the latest “General Hospital” spoilers, rumors, update and news.