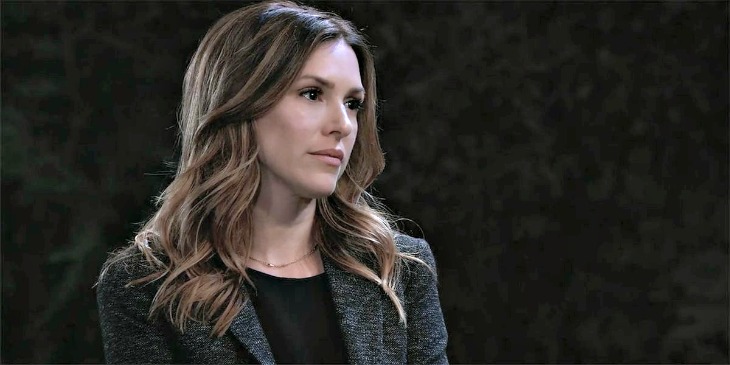 General Hospital (GH) spoilers tease that Margaux (Elizabeth Henderickson) isn’t likely to get the goods on Sonny (Maurice Benard). Many have tried to take Sonny down, and none have succeeded, so why would Margaux be any different?

Can Margaux Take Sonny Down?

Drew (Billy Miller) believes that Margaux may be able to take Sonny down. He cannot help feeling angry that she tried to use his memories as a bargaining chip in her war against Sonny. Even so, head writer Shelly Altman believes that Margaux may be able to pull it off. She is strong-willed and there is so much more to her than meets the eye. And, for her, her motivation to get to Sonny is personal, which makes her very dangerous.

Sonny’s under a lot of pressure, West Coast. Can he keep Margaux from the truth behind her father’s death? #GH is brand-new and STARTS NOW on ABC! pic.twitter.com/MVlW5SWlkv

The head writer states that while watching Margaux attempt to take Sonny down is entertaining, it will likely go nowhere. The only way Sonny’s status as “untouchable” will change is if the actor decides that he wants to leave the show. At this point, the head writer says, it isn’t on the table.

So Why Have Margaux in the Storyline?

Altman explains that while Sonny will not pay for his crimes, the purpose of bringing Margaux into the storyline is to introduce her character. It isn’t a plot-driven storyline, instead, it is to get the GH fans to root for Margaux. Of course, Shelly laughed saying it will be interesting to see how Sonny will handle the pressure Margaux is putting on him.

In the end, the fight against Sonny could end up costing Margaux more than she is willing to pay. Sonny’s life will probably go on like it always has. Margaux will have to move on and will have to digest that she went hard to bring Sonny to justice and she came up without a big win.

General Hospital fans, will Sonny ever pay for his crimes? Don’t forget to come back later for more GH spoilers, news, and updates!