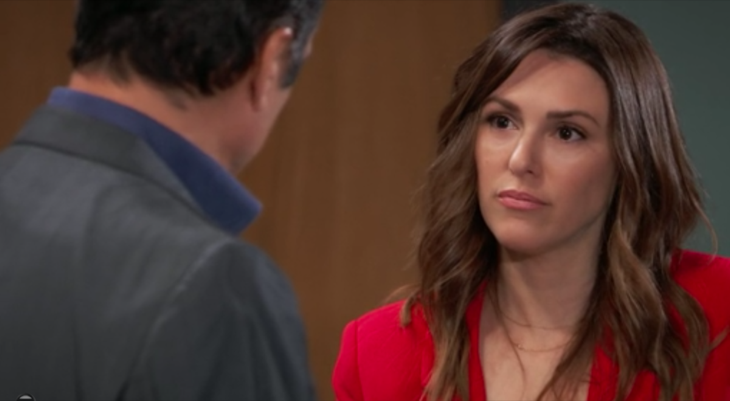 General Hospital spoilers indicate that there’s a new villain in town, and it’s someone you wouldn’t otherwise expect. As a matter of fact, it’s Margaux (Elizabeth Hendrickson) who wants to bring down Sonny, (Maurice Benard)  and it looks like she might have a secret weapon in her arsenal. It’s safe to say that no one definitely saw this coming!

According to ABC Soaps in Depth, it’s Drew (Billy Miller) who could prove useful to Margaux in more ways than one. After all, he just happens to have Jason’s (Steve Burton) memories stored in his own head, including all of the various illegal things that he’s done for Sonny.

General Hospital co-writer Chris Van Etten puts it this way, “Sonny, in particular, is going to be forced to make some difficult decisions about what is best for his father as well as what is best for the family in general.”

Meanwhile, it looks like Sam (Kelly Monaco) is returning to her private investigator roots. Co-writer Shelly Altman adds, “Sam has moved somewhat back into Jason’s world. There will be circumstances in the weeks ahead that will shake up the lives of Sam, Drew, and Jason.”

If that weren’t enough, fans will also see the return of Ryan, (Jon Lindstrom) as he has some unfinished business in Port Charles. Elsewhere, Finn (Michael Easton) and Anna (Finola Hughes) look for answers about Cassandra,  (Terry Randolph) with a bigger mystery afoot. And as viewers can imagine, Ava will continue to lash out at Griffin. She’s not done getting her revenge just yet.

Days Of Our Lives RUMOR: EJ Dimera Returning To Salem?