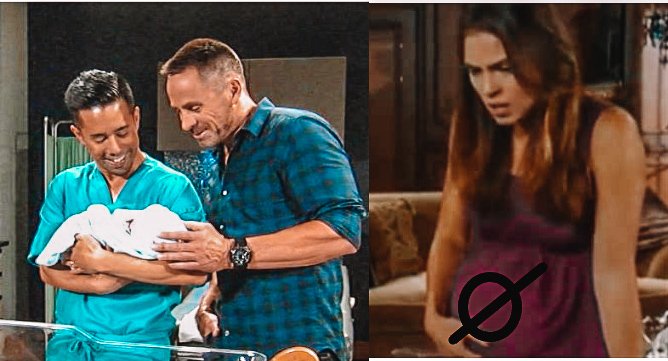 General Hospital (GH) Fans are speculating that Britt (Kelly Thiebaud) may be the dead baby’s birth mother. However, they seem to forget that Britt has been in prison for the past nine months. Britt is another General Hospital character that does not belong in the baby mama pool.

Britt Has Been In Prison For Nine Months

General Hospital’s Britt has been in prison since December 2017. Britt was not pregnant when she went into prison because she would have made sure everyone knew it. Wiley was born in July 2018 and given up for adoption. Diane (Carolyn Hennesy) knows the birth mother, Alexis (Nancy Lee Grahn) knows everything about the birth mother and Julian (William DeVry) has talked to the birth mother. Julian would certainly know the birth mother by name if he called a prison to talk to her. If Julian met with her, he would have had to visit the prison as well.

How Could Britt Take The Baby Back

Britt was in prison if she gave up a child, how would she take it back? Generally, women are not allowed to raise their children in prison. Not all prisons have daycare centers or wards for mothers and children together. The warden of a prison is not going to allow someone to give up a child, and a spot in a prison nursery and then take it back, there are too many people on the waiting list for that.

As @parryshen shows how I feel every day 😂 #gh @GeneralHospital Brad messed up! pic.twitter.com/NcuGI3itgs

Britt And Brad Are Friends

Britt would not need Brad’s (Parry Shen) family history because they are friends. Brad is someone Britt would confide in; she would not keep her identity from him. Britt would feel perfectly safe with Brad raising her child. Britt would trust Brad to have a partner who could be trusted as well to raise that baby.

Britt Has Been On The Run

Britt has been on the run with General Hospital’s Faison (Anders Hove) for years. When would Britt get time for an affair? When did she have enough privacy for one? Britt made it clear that she was with her father the whole time they were gone. There was an international APB out for both Britt and Faison. Britt would never take the chance of getting caught to have an affair of any kind.

Faison Would Have Informed Liesl

Faison would have made sure Liesl knew if Britt were pregnant. Faison was never happy with Britt anyway. There is no way that Faison would have kept quiet about a child. These are the reason that Britt could not be the real baby Wiley’s mother.

Hopefully, General Hospital fans realize that Britt would never give Brad a child and then take it back. Britt has always been out for Britt, and a baby would give her no leverage. Britt would have no reason to give away a child and take it back nor would she need all the secrecy. Again, Britt is not the birth mother.