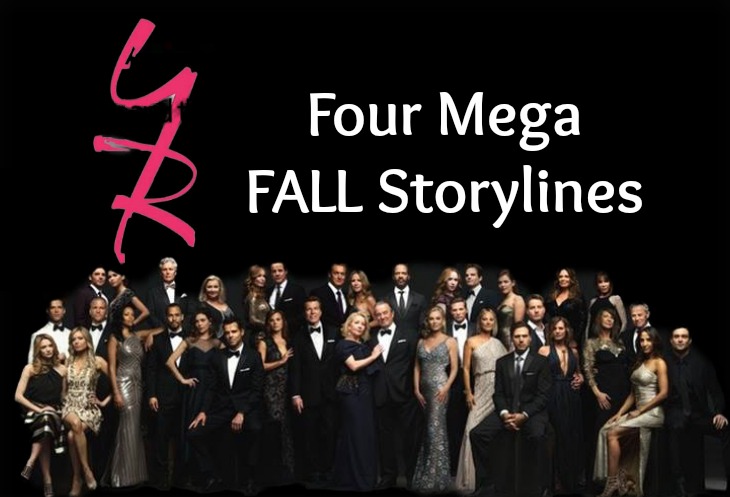 Four mega storyline climaxes are about to play out on ‘The Young and the Restless’. This autumn, ‘Shick’s’ remarriage is confronted, Jack (Peter Bergman) learns about his father, Ashley (Eileen Davidson) leaves Genoa City, and J.T. (Thad Luckinbill) is unearthed.

Oh, there are more reveals to be seen then just the four that were referenced. But let’s focus on these immediate issues while contemplating the rest.

Sharon (Sharon Case) and Nick (Joshua Morrow) are about to be remarried, meaning that ‘Shick’s’ wedding is happening this week, or it was supposed to. Mariah’s (Camryn Grimes) urge to purge her soul results in Sharon learning the truth about ‘Phick’.

The Past and The Future collide this week on #YR! @CBSDaytime pic.twitter.com/kcRSOUzLVp

However, Nick doesn’t know that Sharon is linked to the J.T. (Thad Luckinbill) mess. Sharon has long felt compelled to tell her fiance what she knows. Now is the time when both held reveals must happen.

Jack always thought that John Abbott (Jerry Douglas) was his father. He’s aware that Ashley learned in the mid-1980’s that she wasn’t an Abbott, but that Dina (Marla Adams) had Brent Davis’ (Bert Kramer) child.

So, is it possible that the DNA test Ashley ordered many months ago, where she took Jack’s unauthorized sample and had it compared to Traci’s (Beth Maitland) was fixed to yield a half-match result? Combine Davidson’s departure from the cast this fall (and probably Ashley’s exit as well) with that potential and yes, Jack could learn that he’s always been John’s son.

The Young and The Restless Spoilers: Sharon And Nick’s Wedding Disaster

Now, back to Sharon. She’s devastated that Nick betrayed her trust and did so with Phyllis (Gina Tognoni) once again. That emotion naturally would lead fans to believe that she’ll spill about the coverup crew.

Will Sharon and Nick trade apologies and answers? Might the news about Phyllis, which bleeds into J.T., then cause Rey (Jordi Vilasuso) to bust this case wide open and result in a series of arrests? Well, both questions and all other teases are why soap fans will be watching Y&R.