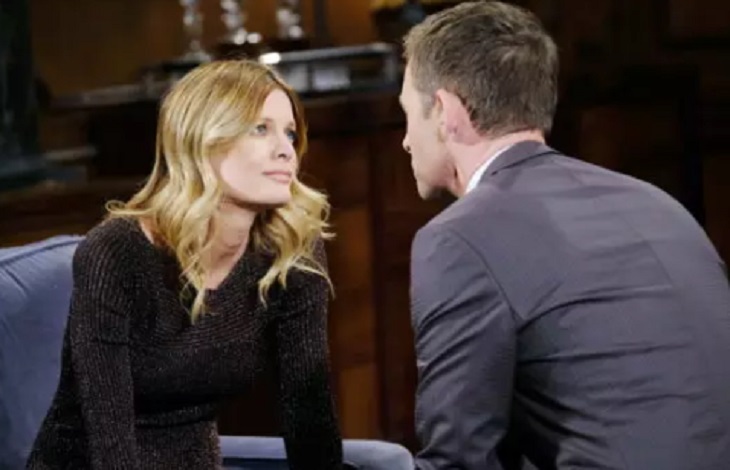 General Hospital spoilers indicate that things have gotten even more complicated surrounding the mystery behind Nina’s baby. As many fans know, Nina Clay [Michelle Stafford] has always wanted to have a child of her own. But after waking up from a 20-year coma, all she could remember was miscarrying the child she was supposed to call her own.

Nina has proven that she is willing to do just about anything to become a mother. She drugged Ava, stole Avery out of her body, then claimed Charlotte before agreeing to share her with Lulu.

Now that Madeline has confessed that Nina did in fact give birth, she also told the truth about putting the baby up for adoption. After Curtis managed to find Sasha, DNA tests prove that she is Nina’s long-lost daughter.

If that weren’t enough, there’s now speculation that Valentin might have had something to do with Nina and Sasha’s reunion. At least, that’s what viewers believe. After all, there’s a chance that he planned everything on his own. What makes things even more suspicious is that Madeline’s confession seemed to be perfect timing, too. Is this Valentin’s way of trying to win back Nina?

After all, he is the one who has done most of the legwork in this mystery here, from finding Sasha, to making sure that she gets her DNA test done, and so on. Perhaps Valentin is hoping that he and Nina can not only work out there issues together, but perhaps reignite whatever was left in their marriage. Fans will find out soon enough!