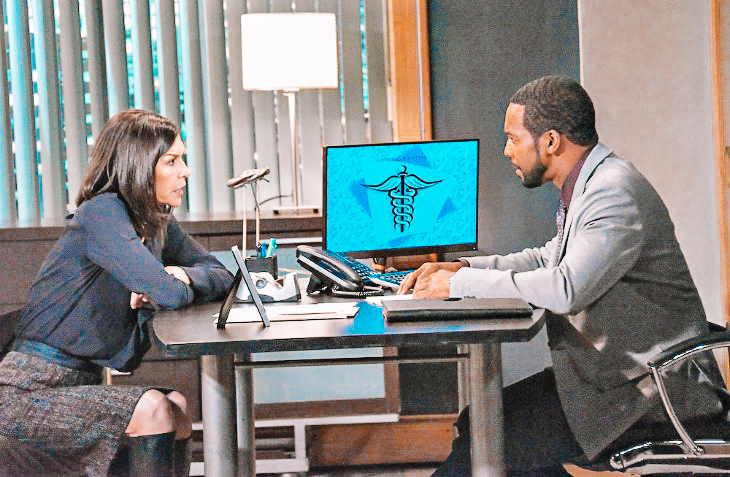 General Hospital spoilers tease that Andre Maddox (Anthony Montgomery) could be on his way back to Port Charles! In yesterday’s show, Monday, November 6th, Anna Devane (Finola Hughes) mentioned to Jordan Ashford (Briana Nicole Henry) that a profiler may be needed to find the killer of Mary Pat Ingles (Patricia Bethune) and she knew just the person!

Anna’s known Andre Maddox for a long time, his having been a profiler with the WSB, and he also happens to have been the developer of the memory mapping program that covered Drew Cain’s (Billy Miller) memories over with his twin Jason Morgan’s (Steve Burton).

Other General Hospital spoilers have teased that Drew finally convinces his son Oscar Nero (Garren Stitt) to try the cancer trial by agreeing to try having his memories restored, even though it is at great risk. Another General Hospital spoiler says that Curtis Ashford (Donnell Turner) will be touched by an act of kindness that Drew will perform. Could this act of kindness be referring to his memories being restored?

Of course, the drive will have to be retrieved from DA Margaux Dawson (Elizabeth Hendrickson) first, and that might take some doing! It’s possible Drew may combine forces with Sonny Corinthos (Maurice Benard) and Jason to push her into returning it, or he may even threaten to go to the police! After all, it was obtained by her under false pretenses and could be considered theft!

This would be an ideal time for Andre’s return. Drew would be much more willing for Andre, the creator of the memory mapping protocol to try to restore his memories than another doctor going by notes off the flash drive. After all, Andre’s the expert, having created the program. And Andre’s criminal profiling skills are definitely needed, as well as his skills as a psychologist, to find and trap the perpetrator of Mary Pat’s heinous murder. 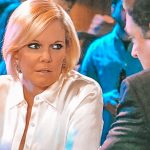 The Young and the Restless (YR) Spoilers: Power Split in Genoa City – Jabot and Newman In Flux