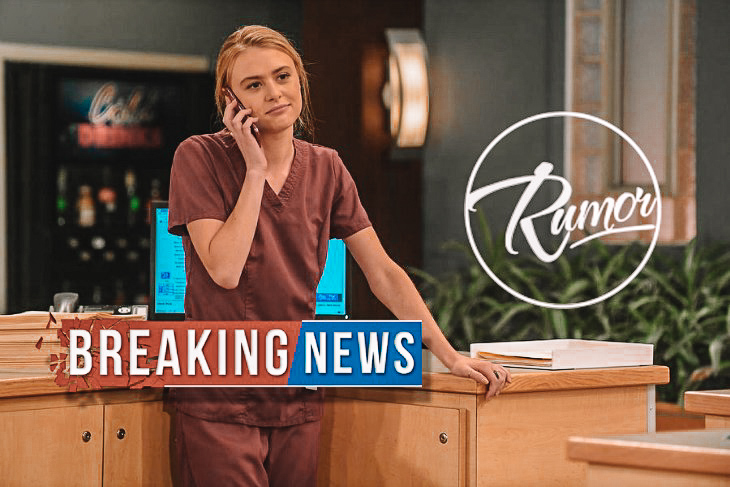 “General Hospital” spoilers tease that another major exit may be looming. Our friends over at Daytime Confidential who are always right has a new report out, which involves a disappointing rumor. The latest buzz suggests that Hayley Erin (Kiki Jerome) is headed for the exit door.

Thanks to Erin’s new role on Freeform’s The Perfectionists, there’s a good chance this rumor is true. She previously indicated that she wanted to juggle GH and the Pretty Little Liars spinoff if possible. However, that plan seemed difficult to pull off. Soaps are known for having demanding schedules anyway, so throwing in another project may have made it an impossible task for Erin.

Ava tells Franco that anyone who makes a fool of her will feel her wrath. Even if it is her daughter Kiki #GH pic.twitter.com/vDn6hu7Ix0

No one can blame Erin for wanting to make the move to primetime. The Perfectionists looks like a promising project, so big success could be coming her way. Of course, it would still be tough to say goodbye. “General Hospital” fans have grown to love Erin’s portrayal of Kiki. Her recent work on the “Me Too” movement story was especially powerful and memorable.

Nevertheless, farewells are inevitable in the soap world. Actors come and go. The same goes for the characters they portray. That brings us to our next question. If Erin is indeed out as Kiki, will “General Hospital” recast the role? Kiki is involved in some hot storylines right now, so that’s a possibility to consider.

Since Chloe Lanier recently left as Nelle Benson, the characters in that age range are rapidly dwindling. However, that could be one of the reasons the show brought on Sasha (Sofia Mattsson). She could be meant to fill the void once Kiki leaves, too. In that case, GH might choose to let Kiki leave town or even kill her off. It’s too early to say how they might tackle the exit drama.

There isn’t official confirmation on Erin’s departure just yet, but things aren’t looking good. Will you miss Erin’s version of Kiki if she goes? How do you think “General Hospital” should handle this? We’ll give you updates as other news and rumors emerge. Stay tuned to ABC’s GH and don’t forget to check Soap Opera Spy often for the latest “General Hospital” spoilers, rumors, updates and news.