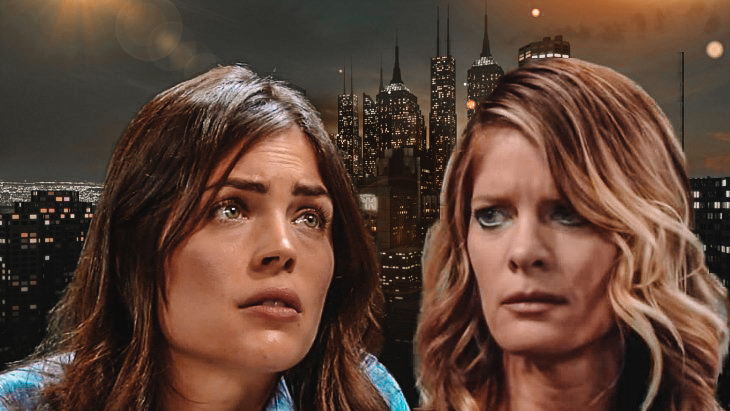 General Hospital’s (GH) spoilers reveals, Britt’s (Kelly Thiebaud) return coincides with the reveal of Sasha (Sophie Mattsson) as Nina’s (Michelle Stafford) daughter. How does Britt tie into the story? We know Britt is supposed to be Liesl’s (Kathleen Gati) daughter but is she?

As Liesl’s Daughter, Britt Would Be Sasha’s Cousin

Britt is supposed to be Liesl’s daughter, but Nathan (Ryan Paevey) was also supposed to be Madeline’s (Donna Mills) son. Is Britt Madeline’s daughter instead of Liesl’s? Did Liesl trade Madeline children instead of having Madeline raise her child? Madeline was very money, hungry woman. Madeline almost killed Nina to keep money from her. Did she give Britt away for the same reason? Silas got blamed if Nina died but who could Madeline blame Britt’s death on since she was underage? Maybe she gave Britt away for her good.

Could Britt Know About Sasha’s Birth?

Britt could know something about Sasha’s birth that Nina should know? Could Sasha and Kiki (Hayley Erin) be twins and Madeline have sold both girls? Sasha and Kiki appear to be the same age. Sasha and Kiki have some of the same physical traits. Britt may have overheard important information about the babies when they were born. Liesl and Madeline could have had a conversation that Britt overheard about it. Maybe Britt can finally give Nina the truth about her child, or children that Madeline has denied her for twenty-five years.

Nina grapples with her decision to divorce Valentin. Will his efforts to find her daughter make it easier or harder for her? #GH is brand-new and STARTS NOW on ABC! @TheRealStafford #GH55 pic.twitter.com/QN79Tnc26K

General Hospital’s Silas (Michael Easton) did a DNA test on Kiki years ago. However, DNA tests in Port Charles are not always reliable. Current rumors suggest that Kiki is Franco’s (Roger Howarth) daughter instead of Silas’. If Kiki is Silas’ child and Sasha is as well, they would be half-sisters. Will Kiki and Sasha be able to bond as sisters? Will Nina become closer to Kiki because of this? Will Nina discover that Kiki is Sasha’s twin instead and that she has two daughters instead of one?

There are so many directions this story could take from this point. Britt could be the key to solving a lot of mysteries involving the whole baby situation. Hopefully, Nina and General Hospital fans will both get some answers soon.