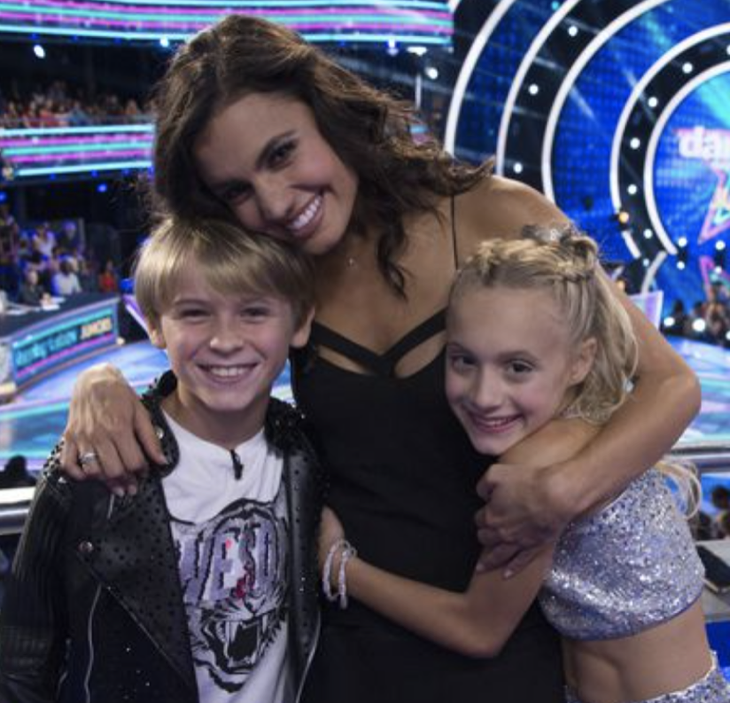 He might be gone, but he is definitely not forgotten. General Hospital star Hudson West won’t be showing us his fancy footwork anymore as the pint-sized actor has just been eliminated from Dancing With The Stars: Juniors Edition.

Even though the little cutie did make his best effort on the show, Hudson, along with his partner Kameron Couch and their mentor Haley Erbert, were eliminated during the second week, despite their strong performances. The 11-year-old and his dancing partner chose to perform the Paso Doble to Madonna and Justin Timberlake’s ‘Four Minutes.’

Despite the early elimination, it looks like Hudson managed to impress both the judges and the crowd. There were a lot of daytime television fans who were hoping that the Port Charles regular would be able to go the distance on the show.

Now I remember why I stopped watching any #DWTS show…it’s unfair/biased/fixed. How @hudsonwest and his partner were eliminated is BEYOND me.. SO DONE with ANY “talent” show on @ABC 🤨👊 Love you Hudson!!!
You’re the winner in my eyes!!!! 😘🕺❤#DWTSJuniors 👎 pic.twitter.com/FUwKINnpbV

“I’m so impressed,” judge and season 26 winner Adam Rippon told the couple. “You guys look like a really great partnership. It’s so fun to watch, and you know what, the next step for you is to just loosen up. Enjoy! If you can loosen up just a little bit more, you can take the performance to an even higher level.”

But with a total score of 22 out of 30 points, Hudson and Kameron didn’t have enough votes to make it to the second round. Still, it was pretty clear that Hudson had a great time on the show. He was smiling from ear to ear the entire time!

In the meantime, don’t forget that General Hospital airs weekdays on the ABC network. Let us know what you think by leaving us a line with your thoughts in our comments section below. And as always, don’t forget to check back with Soap Opera Spy for all the latest news, updates and spoilers on General Hospital and all of your favorite daytime television shows right here!

Y&R Judith Chapman Opens Up About Her DOOL Return