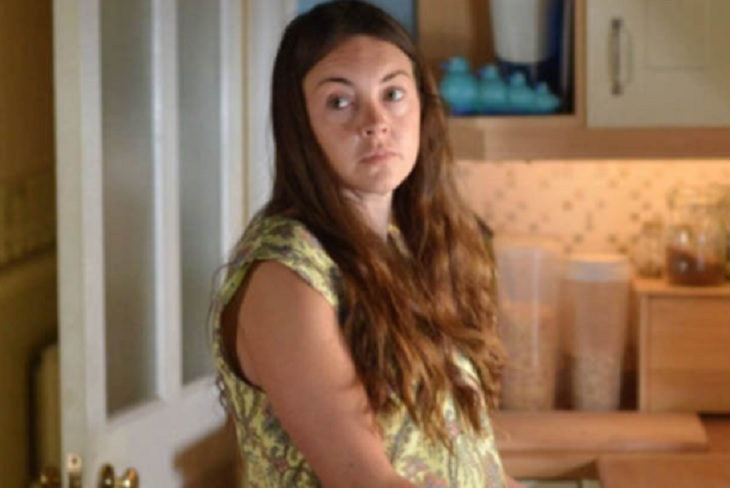 EastEnders spoilers tease next week the heated domestic drama between Stacey (Lacey Turner) and Martin (James Bye) comes to a climax, and it looks like a very ugly, very public face-off will be involved.

What was Stacey thinking when she slept with despicable Max Branning (Jake Wood)? On Christmas Eve no less? The end result was that she traded her current guy for her ex for one night, and now no one’s living happily ever after.

Can you blame poor Martin? The cataclysmic event was enough to wrench their marriage apart, with each one hating on the other and wanting custody of their kids.

For the sake of the kids they have tried to act with compunction, but between Stacey’s emotional states and Martin’s anger, the ride has been anything but smooth.

Pushed to the edge, Martin took control of the house and shut Stacey out of the children’s lives. But last week things did a 180 with Stacey regaining the upper hand and the house, with a little help from a locksmith!

But next week EastEnders spoilers tease there could be a break in the battle when Stacey agrees to let Martin babysit for the night. What could have been a détente however erupts when an angry Martin accuses Stacey of using the time to catch up with Max.

Later Michelle (Jenna Russell) sees Stacey and the kids enter a cab and right away tells Martin he has to stop her from leaving Walford.

It leads to a confrontational showdown in Albert Square, with a very vocal Martin and Stacey going at it in the street. So much for reconciliation!

Explosive EastEnders photos reveal Stacey throwing her hands up into the air as Martin stands in front of her. But will Martin listen to reason when he’s confronted by someone other than Stacey?

In an alarming twist Martin can be seen bent over the hood of the car as Stacey attempts to drive off; what happens next may surprise you!