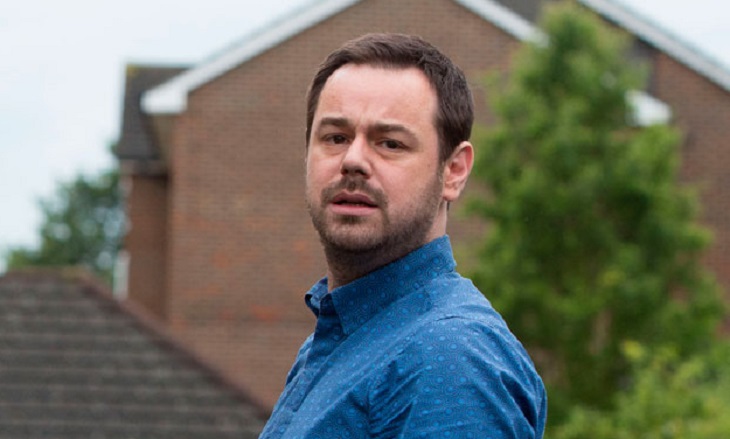 EastEnders spoilers tease hot on the heels of his major victory in keeping hold of the Queen Vic, Mick Carter (Danny Dyer) finds himself in fresh danger. Next week the intrepid bar man is kidnapped by an impatient Aidan (Patrick Bergin) who wants the money he thinks Mick stole from him.

Aidan finds out from Dot (June Brown) that Mick miraculously found the funds to hold onto the bar that serves as the family business and home. He can barely contain himself in front of the matronly Dot, thinking that Mick’s money is really his own.

What Aidan doesn’t know is that Mick was helped by Halfway (Tony Clay), who went all the way in seeing that the Carter’s retained their beloved property.

In the coming days, EastEnders spoilers tease that viewers will see Mick grabbed off the street and thrown into a car that rushes off to an awaiting Aidan.

Mick will have to do some fast talking to convince the heist mastermind that he got his cash free and clear. Aidan is in no mood to be sweet-talked, and he will find it incredulous that Mick suddenly came into such a large sum.

Is Mick about to suffer the same fate as another bum-rushed man, Luke Browning (Adam Astill)?

In the meantime, the other EastEnders heist operatives are on the move, doing their best to get a hold of the loot first. Beautiful and dangerous Mel (Tamzin Outhwaite) will deliver a chilling promise to Phil (Steve McFadden) that involves his AWOL son Ben (Harry Reid).

If Phil doesn’t get her the money in 24 hours, she’ll fill in Aidan on Ben’s situation. In response, a panicked Phil will do what he does best: play the part of a scoundrel.

In order to save Ben, the desperate dad throws Vincent Hubbard (Richard Blackwood) under the bus as  a decoy in order to get Aiden off Ben’s scent.

Could Phil unintentionally provide a red herring that proves to be a life saver for kidnapped Mick on EastEnders?

The Young and the Restless (YR) Spoilers: Lane’s Struggles Evolve – Juliet Lives On