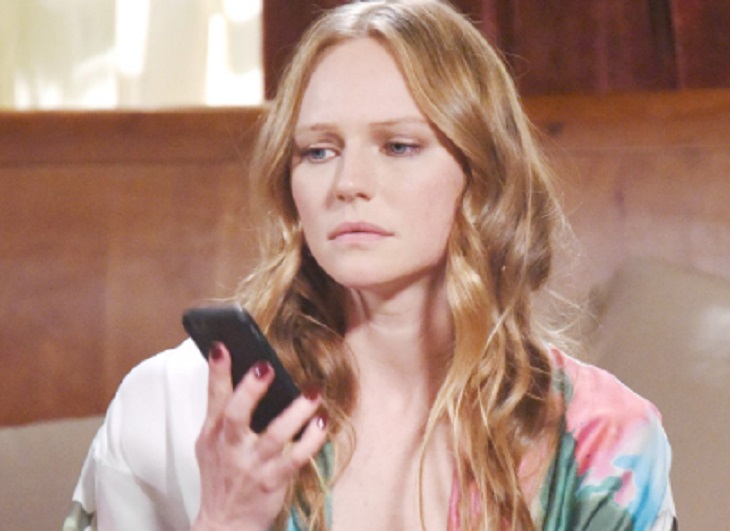 “Days of Our Lives” spoilers for Friday, July 13, tease Theresa’s (Jen Lilley) setback will leave her enraged. She finally broke down and decided to share custody of Tate (Colin and Kyle Schroeder), but a shocker derailed the plan. Thanks to Eve’s (Kassie DePaiva) pushing, Victor (John Aniston) made sure drugs were planted in JJ’s (Casey Moss) apartment. Eve was too late to stop this ruthless setup.

Of course, that means DOOL drama’s about to erupt. Theresa will decide she’s done trying to work something out. She’ll believe Brady played dirty, but Eve and Victor are really the ones to blame here. Nevertheless, Theresa will once again fight for full custody. She’ll panic as she feels her shot slipping away, but JJ will step up to clear her name.

“Days of Our Lives” spoilers say a stunning announcement will shake up this hearing. JJ will publicly admit that the drugs are his. That won’t be true, but it’s the only way to save Theresa’s custody chances. Theresa will be incredibly grateful for JJ’s sacrifice, especially after she scores a victory.

At the hospital, Gabi (Camila Banus) will tamper with the paternity test results. Chad (Billy Flynn) is the father of Abigail’s (Marci Miller) baby, but she won’t learn the truth for a while. Gabi will make sure Stefan’s (Tyler Christopher) listed as the bio dad and await major destruction. She’ll hope to get revenge through Abigail’s suffering.

However, Gabi will put on quite a show for Abigail’s benefit. She’ll pretend to be a supportive bestie throughout this crisis. As Abigail prepares to open that envelope, a manipulative Gabi will insist that she’s in her corner. “Days” fans can expect even more bombshells as this storyline moves forward.

Other “Days of Our Lives” spoilers say Kate (Lauren Koslow) will be in a tight spot. Stefan will once again push her to help him destroy Chad. He scored serious dirt, so he’ll maintain that this is Kate’s only option. Will Kate be able to turn the tables soon? Let’s hope so!

It looks like things are heating up in Salem. We’ll give you updates as other “Days” news and rumors emerge. Stick with DOOL and don’t forget to check Soap Opera Spy often for the latest “Days of Our Lives” spoilers, rumors, updates and news.