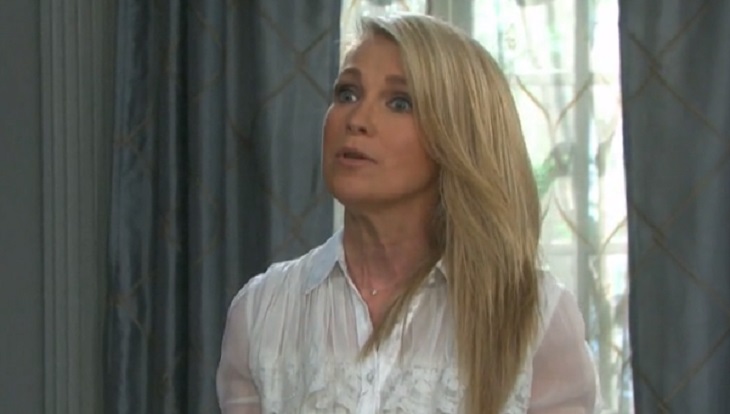 “Days of Our Lives” spoilers for Friday, December 28, tease that Eric Brady (Greg Vaughan) will reach out to Justin Kiriakis (Wally Kurth) for help. He’ll need a skilled attorney on his side as he prepares a custody lawsuit. Unfortunately, Justin may not be too encouraging. He’s worked on enough custody cases to know that Eric’s odds of winning are slim.

DOOL fans know Nicole Walker (Arianne Zucker) wanted Eric to raise her little girl. Her final wishes involved Eric taking Holly Jonas (Harlow and Scarlett Mallory) in and treating her like his own daughter. Eric’s determined to be there for Holly, but Nicole’s letter to Chloe Lane (Nadia Bjorlin) is now in his way. She previously asked Chloe to be Holly’s legal guardian, so Eric’s facing a tough battle. 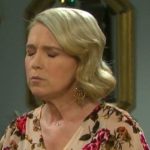 “Days of Our Lives” spoilers say Justin may give Eric a warning. He probably won’t want Eric to get his hopes up – at least not if he pursues this route. A better tactic would be appealing to Chloe and trying to change her mind, but that plan brings its own challenges. Eric will likely get custody at some point, but the pulling it off is going to be tricky.

Other “Days” spoilers state that Dr. Henry Shah (Andre Khabbazi) will be on cloud nine. He just asked Jennifer Horton (Melissa Reeves) to be his New Year’s Eve date, so he’ll feel like he’s ending 2018 on a high note. Alas, Henry’s second chance with Jennifer is about to be ripped out from under him. That’s because Eve Donovan (Kassie DePaiva) will show back up with Jennifer’s true love!

Jack Deveraux’s (Matthew Ashford) family members think he’s dead, but he’s actually alive and well. Eve will bring Jack home as part of a cruel revenge scheme. She intends to keep the troubling promise she made to Jennifer before she left. Eve insisted payback was looming, so Jenn’s got some chaos ahead of her. It appears Jack’s memory problems will create a serious reunion obstacle.

“Days of Our Lives” spoilers hint that Jack won’t be featured much on Friday, so the real shocker will hit in Monday’s episode. That’s when Jennifer will come face to face with Jack and seek some startling answers. We’ll give you updates as other “Days” news and rumors emerge. Stick with DOOL and don’t forget to check SOS often for the latest “Days of Our Lives” spoilers, rumors, updates and news.