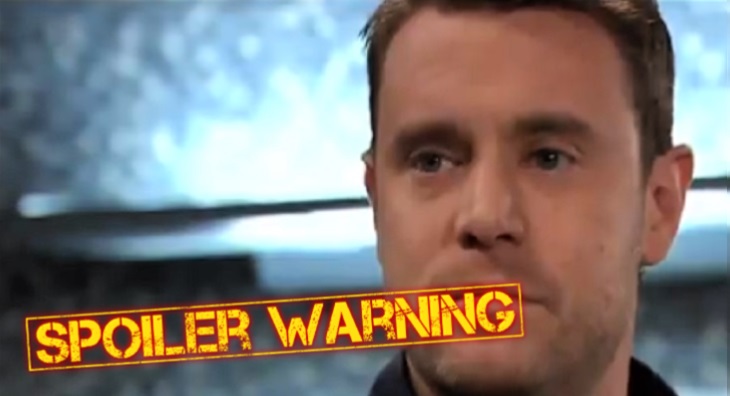 “General Hospital” spoilers for Friday, December 28, tease that Ryan Chamberlain (Jon Lindstrom) will finish his dirty work and check Peyton Mills’ (John Patrick Jordan) schedule. He’ll want to know if this TV producer has any meetings lined up for this New Year’s Eve. It turns out he has one with Curtis Ashford (Donnell Turner), so Ryan will have to tackle that crisis before he causes another one.

Ryan was NOT pleased with Peyton’s rough cut and he didn’t like the ending he had in mind either. It looks like Ryan closed that door to kill Peyton off screen, so 2018 will wrap up with a grisly discovery.

There’s a good chance Olivia Quartermaine (Lisa LoCicero) will be the one who stumbles across Peyton’s body somewhere surprising. The New Year’s Eve party could set the stage for more murder mayhem!

Speaking of that New Year’s Eve party, Sam McCall (Kelly Monaco) will get ready to hit it with Jason Morgan (Steve Burton) on her arm. Before they go, they’ll discuss mysterious “Hank” and how he fits in Drew Cain’s (Billy Miller) past. Jason seems to have a bad feeling about this guy and he’s probably right to be concerned.

Meanwhile, Harrison Chase (Josh Swickard) will have a dreamy date night with Willow Tait (Katelyn MacMullen). They’ll enjoy the New Year’s Eve bash, but Willow will also take a minute to chat with Michael Corinthos (Chad Duell). Kristina Corinthos-Davis (Lexi Ainsworth) will realize they know each other, so she’ll immediately be intrigued. She’ll try to figure out what drew these two together.

Bringing up bereavement group meetings at a party would be a real downer, so Michael and Willow may choose to be vague. They’ll eventually get back to the festivities, which will include the traditional countdown to midnight. Chase and Willow will share a kiss before their evening concludes, so Chase should be tickled pink.

General Hospital Spoilers – Romance Is In The Air

Jason and Sam will also ring in the new year with a smooch, but the real shocker will be the lip lock between Kim Nero (Tamara Braun) and Drew. After she admits Oscar Nero (Garren Stitt) was conceived on New Year’s Eve, one thing will lead to another and they’ll end up kissing. Unfortunately, “General Hospital” spoilers say Julian Jerome (William deVry) will spy Drew and Kim’s steamy moment.

Over with Ned Quartermaine (Wally Kurth), he’ll call for Lulu Falconeri’s (Emme Rylan) privileges to be revoked. Ned doesn’t appreciate Lulu digging around and freaking out the residents of Port Charles. Of course, it’s not Lulu’s fault that Ryan keeps murdering people! There’ll be no stopping the panic once Peyton’s corpse is discovered.

General Hospital Spoilers: Can Daisy Be Trusted – What’s She Really Up To? https://t.co/HmPXCCBcSC pic.twitter.com/OPiR9jEcp1

Other GH spoilers say Laura Collins (Genie Francis) will speak to Scott Baldwin (Kin Shriner). She’ll explain that Kevin Collins (Jon Lindstrom) and Ava Jerome (Maura West) are sleeping together, but we know it’s really Ryan who’s having all the sexy fun. For now, Scott should be both disturbed and curious about this odd couple.