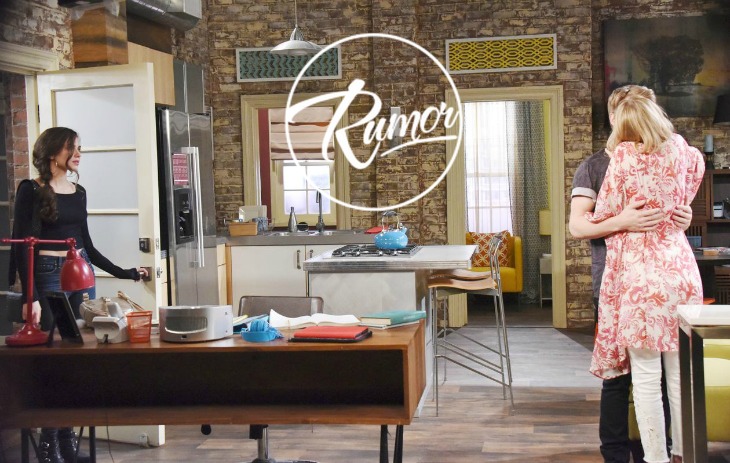 Days of Our Lives (DOOL) rumors reveal, Shawn (Brandon Beemer) and Rafe (Galin Gering), both suspect that Hope (Kristian Alfonso), has framed Ben (Robert Scott Wilson). However, could they be wrong? Could someone else be behind the accelerant can planting? After all, both Tripp (Lucas Adams) and Claire (Olivia Rose Keegan) were against Ben moving in.

Days of Our Lives’ Tripp is jealous of Ben’s connection and wants him away from Ciara. Tripp agrees with Hope that Ben is a danger to all of them. Tripp could have easily gotten a partial print and planted it on that can. However, would Tripp think to do this? Normally one could assume yes because look at what he did to Kayla. It is unlikely that Tripp would choose this route because he knows Ciara would have drawn closer to Ben. Ciara siding with Ben would be the exact opposite result that Tripp wants.

As much as Days of Our Lives’ Hope wants Ben gone, she would know Ciara would support Ben as well. Framing Ben would turn Ciara against Hope for good. Hope loves Ciara and would do anything to keep her safe. Hope is unlikely to frame Ben herself.

In the latest #DAYS, accusations are flying in Salem P.D.!https://t.co/ZsCmioRrzb pic.twitter.com/9YPrIzByNV

However, she might have someone else frame him for her. No one on the Salem Police Department, including Rafe, would help with this. There is an impressionable young woman who wants Tripp for herself who wouldn’t hesitate. Ciara pulling toward Ben would accomplish Claire’s ulterior motive.

Claire Wants Tripp For Herself

Days of Our Lives’ Claire has wanted Tripp for months. Deep down, Claire blames losing Theo (Kyle Pettis) on Ciara and believes she deserves Tripp. Claire also believes that Tripp deserves better than Ciara. Claire has always played dirty when it comes to guys.

Seeing Claire and Tripp in bed together is what caused Ciara’s accident. Claire has tried to suggest to Tripp that Ciara has feelings for Ben. Claire has attempted to point this out several times. Could Claire have decided to take things a step further? Perhaps Claire believes that the partial print isn’t enough evidence to convict Ben.

In the latest #DAYS, Claire makes a move on Tripp.https://t.co/ZsCmioRrzb pic.twitter.com/EI7TLc3lXB

Claire wants Ciara to admit her feelings and let go of Tripp. Claire could have enlisted help in framing Ben. Suppose Claire asked for Wyatt’s (Scott Shilstone) help again. Claire has used Wyatt before. Suppose Claire led Wyatt to believe he could have another chance with Ciara. Wyatt would do anything to win Ciara back. Claire could see this as a win-win situation. Ben goes to prison.

Claire gets Tripp and Wyatt can try to make things right with Ciara.

Days of Our Lives’ Claire has been underhanded from day one; she’s not likely to stop now. Claire wants Ciara’s man as usual. Will, both Tripp, and Hope be cleared as when police learn that Claire framed Ben?

MUST WATCH General Hospital Preview Friday September 21: Margaux Closing In On Sonny And His Family