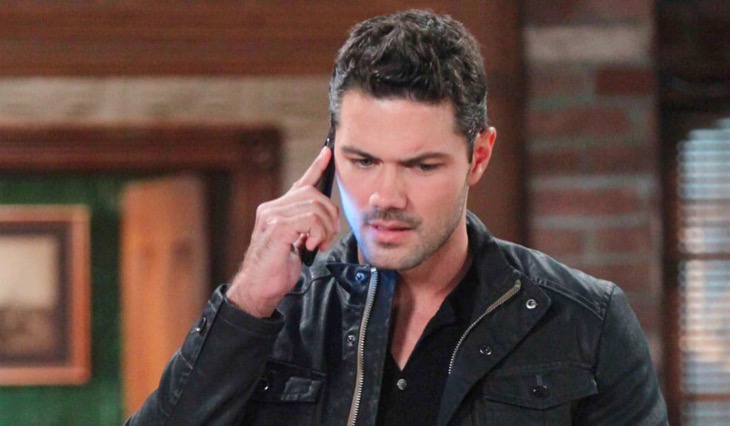 General Hospital spoilers indicate that Ryan Paevey might have one foot out the door. In fact, the latest General Hospital promo suggests that Maxie (Kristen Storms) will ask Mac (John J. York) to help her and Nathan (Ryan Paevey) to disappear for some time.

According to our dear friend Michael at Soap Opera News, if Mac does help the troubled couple leave Port Charles, this might mean that it will be the last time fans see Ryan Paevey on the hit ABC soap. If he does leave, another actor is going to have to fill in his shoes. After all, Maxie and Nathan are one of the biggest couples on General Hospital right now. If that weren’t enough, Ryan is the resident hunk on the show, too. Plus, he’s not only a character that is easy on the eyes, but he’s got a huge fan base, as everyone loves his sweet-natured on-screen personality.

So far Ryan himself or ABC has not made any comments.  Fans also know that the handsome actor is multi-talented and loves to pick up additional work outside of General Hospital. If he does indeed have several projects in the pipeline, this might mean that Ryan is looking to exit or take a break from General Hospital fairly soon in order to take on bigger and better roles. Of course, fans will just have to tune in to see what will happen next!

Let us know what you think by leaving us a line in our comments section below. It’s without a doubt that Port Charles won’t be the same without Ryan Paevey there. In the meantime, don’t forget to check back with Soap Opera Spy for all the latest news, updates and spoilers on General Hospital and all of your favorite daytime television shows right here!

UPDATE: On Daytime Confidential’s latest podcast, Jamey Giddens offered some crucial hints about Nathan’s story and exit. Jamey suggested new paternity storyline was a frantic attempt to write the character of Nathan out. “Look, it’s been out there on the Twitterverse,” Giddens said. “I don’t know who broke it, but I ain’t stealing your credit…it has been out there that Ryan Paevey is – spoiler alert – leaving the show.”

The Young And The Restless (YR) Weekly Spoiler Photos Jan 15 to Jan 19: Hilary Has Baby Fever