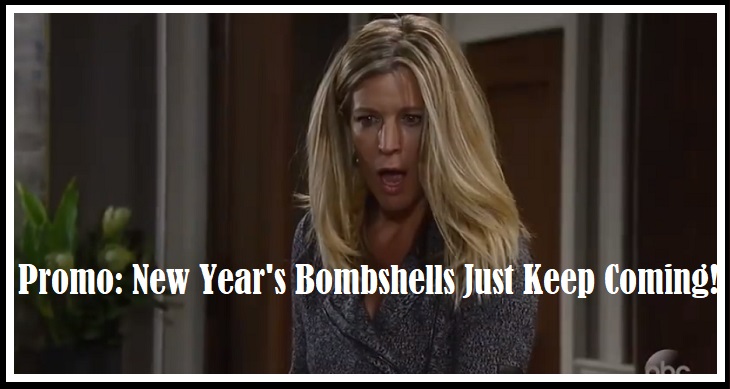 General Hospital spoilers tease that the month of January on the ABC soap opera will be bombshell after bombshell and GH fans won’t want to miss a moment of the heart-stopping action.

An all new January promo video for General Hospital features several GH fan favorites and some wild insights in storylines to come.

First off, Maxie [Kirsten Storms] can be seen begging for help, she wants to disappear with Nathan [Ryan Paevey].  Apparently, his DNA shocker has Maxie convinced that they are in danger.  And, for good reason, it also looks like Nathan is being held in some sort of cell.

In other GH spoilers news, sparks fly between Anna Devane [Finola Hughes] and Hamilton Finn.  It looks like the dynamic duo finally succumb to the undeniable chemistry and have a hot and steamy hook-up.

General Hospital spoilers also indicate that the mob wars are heating up again, and Sonny Corinthos [Maurice Benard] and Julian Jerome [William deVry] will be back at each other’s throats in 2018.  Wow, what a crazy way to kick off the new year!  Check out the hot new promo.

The Young and the Restless (YR) Spoilers: Abbott’s Battle Graham – Dina’s in Danger