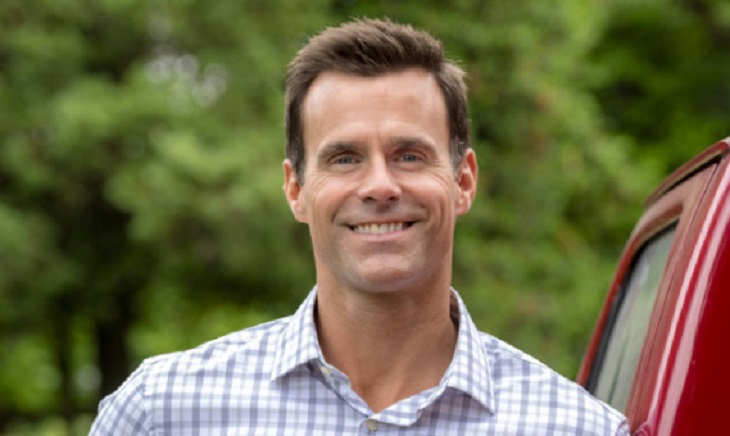 As soap fans know, many former daytime television stars go on to have very successful careers in the entertainment business. One person who has managed to make his mark is Cameron Mathison.

The actor, who fans remember best as Ryan on All My Children, is set to replace Mark Steines as co-host on the Hallmark Channel’s lifestyle series, Home and Family. He will be joining Debbie Matenopoulos on the popular television program.

Gratefully accepting my friend @danicamckellar ‘s challenge to post a moment of silence in support of @glsenofficial ‘s work to make schools safe for all kids regardless of their #LGBTQ identification. April 27 is the official day of student led silence for this cause🙏🏼 Being on Fiji time I’m a little late to challenge specific people, but please feel free to post a moment of silence for this great cause, and donate at glsen.org/silence💪🏼🙏🏼 #tolerance #acceptance #momentofsilence

“TV viewers have come to know Cameron on All My Children and as a correspondent on Entertainment Tonight, and we cannot wait to welcome him to our Home & Family family when Season 7 begins.”

The Canadian-born actor is mostly known these days as the television movie king. He’s starred in a number of hit films such as Very Very, Valentine, Murder, She Baked: Just Desserts, Along Came The Nanny, My Gal Sunday, Holidaze and Window Wonderland. He also has two more movies that are currently in the pipeline: A Summer to Remember and Manopause.

You can expect to see Cameron in his new role beginning this September. Home and Family airs weekdays on the Hallmark Channel at 10am. In the meantime, let us know what you think by dropping us a line with your thoughts in our comments section below.

And as always, don’t forget to check back with Soap Opera Spy for all the latest news, updates and spoilers on The Young and the Restless, The Bold and the Beautiful, General Hospital and Days of Our Lives.