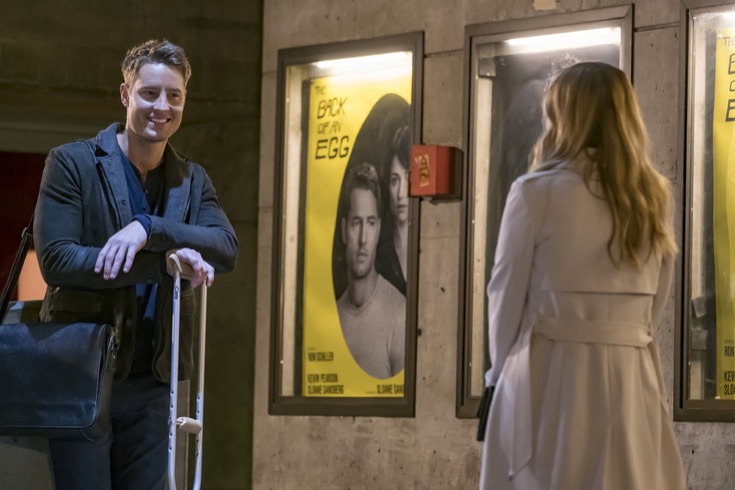 This Is Us has become a huge sensation even though this is its first season, and has already been renewed for another two years on NBC. For those of you who haven’t had a chance to see the show, you have no idea what a great show you have been missing.

This Is Us revealed early on that Jack Pearson (Milo Ventimiglia) had died when the triplets were fairly young, about 10-years-old; but have kept it under wraps just how he died. Although that still remains unclear, the episode ‘Memphis’ may have given us a HUGE clue about the circumstances of his death.

Related: Who Are Jack and Rebecca on This Is Us?

When Randall (Sterling K. Brown) discovered how truly sick his biological father, William (Ron Cephas Jones) was, he broke our hearts; then he learned his father wanted to die in Memphis, where he was born and raised.

For those fans who were already teary-eyed knowing William could go at any moment, you might have missed the request he made to a nurse insisting that his father doesn’t die alone. Could this be a clue as to what happened to Jack?

WATCH THIS IS US ONLINE HERE!

This Is Us also gave us pause when we saw a crack in Jack and Rebecca’s (Mandy Moore) marriage. For once, it wasn’t about the children, or being exhausted from diaper duty or hosting 3 individual birthday parties in one day. This one was a doozy of an argument.

Jack had just learned that the keyboardist, Ben (Sam Trammell) in the band, was an ex-boyfriend of Rebecca’s. When they returned home that night, they argued about her lying and he demanded she didn’t go on tour, but she was insistent and Jack storms out of the house, going to a bar running into Heather; rumors suggest he may begin an affair with her.

Related: This Is Us Spoilers: What’s To Expect In The Final Two Episodes Of Season 1

This Is Us fans need to remember, there is nothing on the show that happens by accident; every moment ties together somehow. Is it possible that Randall’s anguish about William dying alone, could be because his father, Jack ended up dying alone while Rebecca was on tour at the time?

It would make a lot of sense, since all three siblings: Kevin (Justin Hartley), Kate (Chrissy Metz) and Randall all have very mixed feelings and strained relationships with their mother, Rebecca and now-husband, Miguel.

Be sure to tune into NBC’s This Is Us on Tuesday, March 7, 2017 to catch up on all the drama, emotional and sometimes heart-wrenching moments that only this show can bring. Check Soap Opera Spy often for updates, news, rumors and spoilers!

The Young and the Restless Spoilers: Vickie and Billy Drawn Together – Kids Keep Villy Option Open

The Young and the Restless Spoilers: Chloe is Deplorable – But Is Chelsea As Bad For Keeping Christian Secret?