The Young and the Restless Spoilers: Chloe is Deplorable – But Is Chelsea As Bad For Keeping Christian Secret? 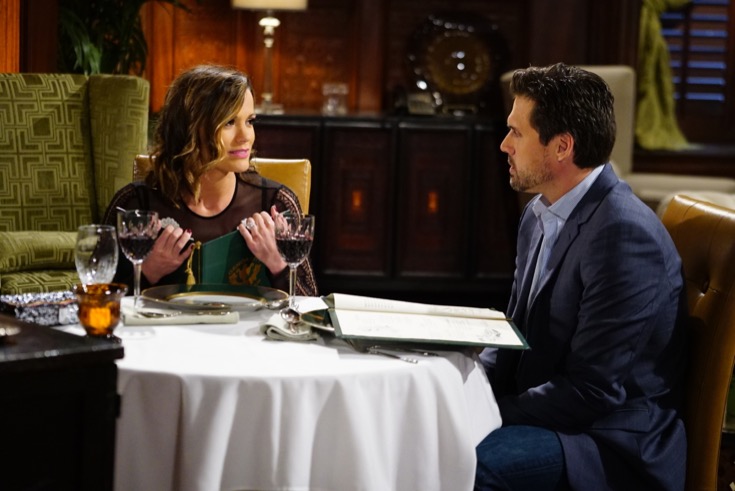 Viewers know for a fact that Chloe (Elizabeth Hendrickson) is deplorable on ‘The Young and the Restless’. But do Chelsea’s (Melissa Claire Egan) actions make her irredeemable? She surely hopes not, as ‘Chick’ begins to grow.

Miss Chaos, otherwise known as Chloe Mitchell, is currently playing Kevin (Greg Rikaart) like Reed’s (Tristan Lake Leabu) slick guitar. She’s also decided not to tell the man (Billy, Jason Thompson) who’s baby she conceived and gave birth to, without his knowledge, that Bella (Cali May Kinder) is his child. And, oh yeah, she shot Chelsea’s husband (Adam, Justin Hartley) with a dart gun and left him for dead, or may have even killed him herself.

Does Chloe have a criminal record? Yes and it’s long. Has she also committed other legal and moral crimes? For sure. Yet, there she was this week in Chelsea’s penthouse claiming to be her best friend and encouraging Nick (Josh Morrow) to dive fully into a relationship.

Chelsea is a different question. Are her past and current actions, as they relate to ≈’s (Jude and Ozzy McGuigen) paternity, irredeemable? Not in this scribe’s opinion, which isn’t meant to be a fact.

Adam believed that Christian was his biological child. He decided not to tell his brother Nick (Joshua Morrow) that information after he read Sage’s (Kelly Sullivan) confirmation of that seeming paternity point in her post-death letter to him. ‘Chadam’ believed, as did Victor (Eric Braeden) that nothing good would come of telling Nick he wasn’t Christian’s father after that boy was believed to have died.

Victor has retained his feelings since it was discovered that Christian never died, but Chelsea is conflicted. She’s been torn in wanting to tell Nick the truth, while also honoring her late husband’s feelings.

Some ideological viewers would be right to tag Chloe as fully amoral. The same contingent can not rightfully argue that Chelsea’s withholding of information is as bad. However, Mrs. Newman has knowingly chosen to allow the man she’s started to love to believe Christian is his child.

Nick will be the one to decide if he can forgive Chelsea whenever and however he learns the truth. He’ll be her redeemer if his love for her and forgiveness wins out.

The Bold and The Beautiful Spoilers Week of March 6: Katie Catches Quinn and Ridge, Talks To Brooke – Sally and Thomas Grow Closer