The Young and the Restless (YR) Spoilers: Phyllis Holds the Key – Billy’s Future in Jeopardy 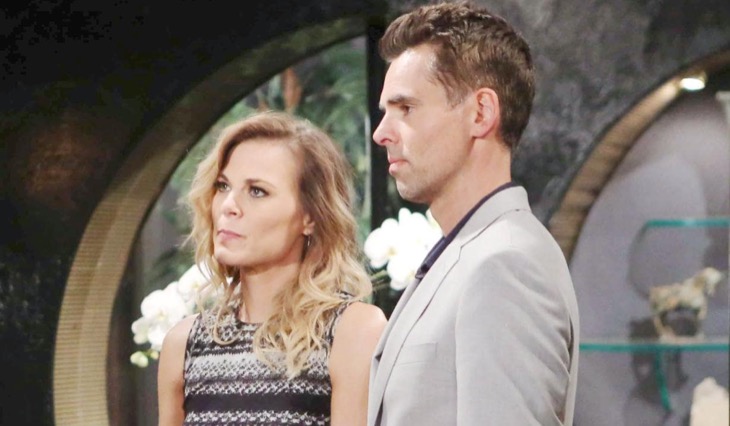 Phyllis (Gina Tognoni) is lying to herself on ‘The Young and the Restless’. She’s only giving Billy (Jason Thompson) the benefit of the doubt because she loves him. If any other Genoa City resident used her laptop to commit a crime that person would already have been reported to the authorities.

Besides business dealings, the fate of ‘Philly’ seems very iffy as of October. Billy always has eyes for Victoria (Amelia Heinle), who’s passive-aggressively fighting for her man. Yesterday’s Phyllis would never have allowed Vickie to see an inch of daylight.

The scripts Y&R has given Tognoni to play a softer Phyllis Summers are what they are. This alternative vision works for flexible viewers who realize that this version of a classic character also has her limits.

As in so many past instances, Billy’s persona seems likely to do him in once again. He’s primed to overreact as soon as Jack lowers the boom, as he will certainly do in the near future. The head of Jabot will also use one of his tools, Phyllis, to verify that Billy did not have permission to use her laptop. That wedge will be felt by both halves of ‘Philly’.

Related: The Young and the Restless Poll: Which Y&R Couple Should NEVER Reunite?

Loyalty is vital in any romantic relationship, as Y&R viewers have seen through the years and more importantly, have experienced in their own lives. Billy slashed trust when he devised the idea to take and then enter Dina’s name and password so the could steal Jabot’s business plans, using his girlfriend’s computer to gain access. Vickie encouraged him to fight dirty in order to attack Brash and Sassy’s competitor. Simultaneously positioning him against Phyllis was a veiled act. Now, Billy’s personal and business future’s are equally in doubt.